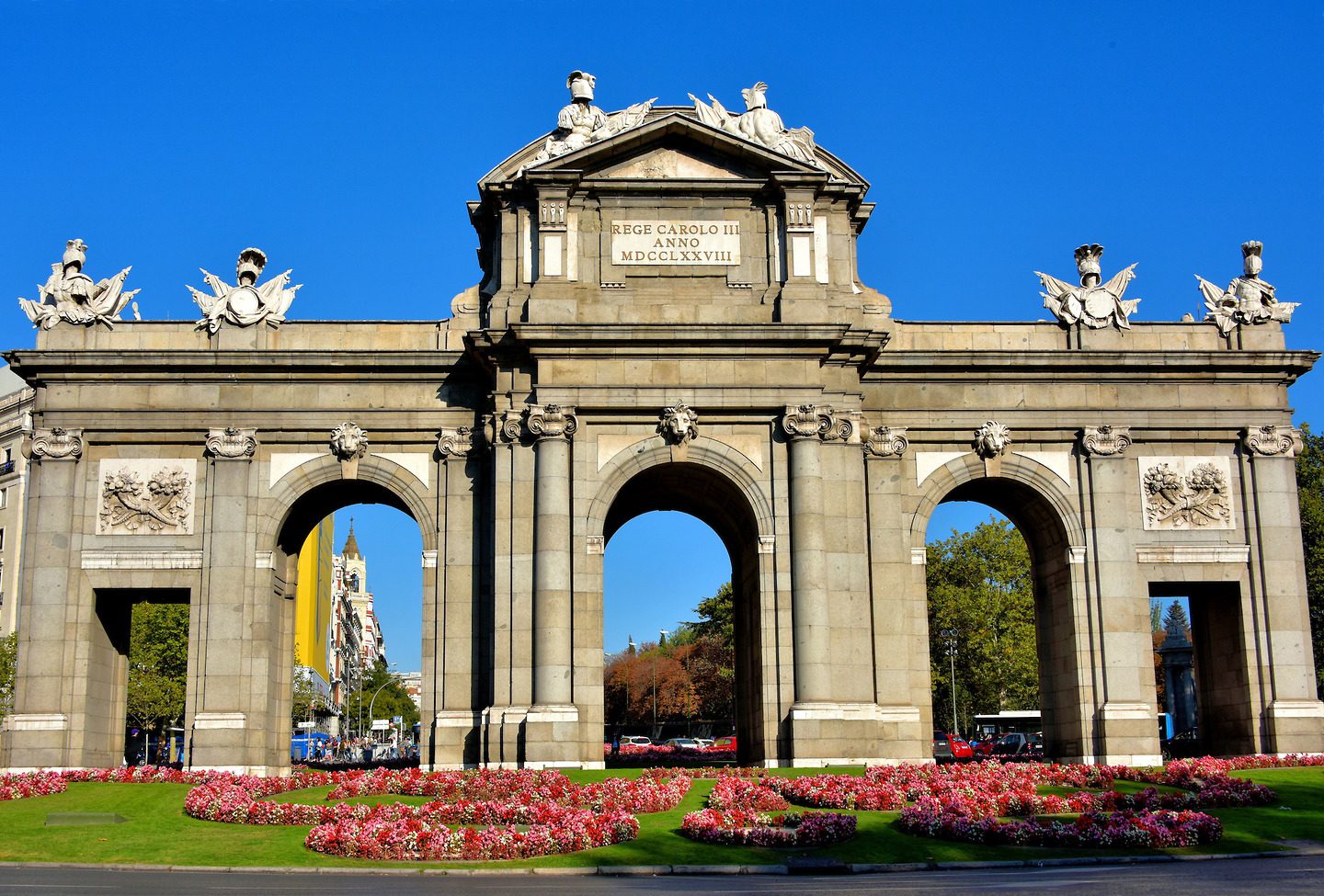 Defining the northwest corner of Parque de el Reiro at the Plaza de la Independencia (Independence Square) is Porta de Alcalá. Carlos III commissioned architect Francesco Sabatini to design the impressive Citadel Gate through the city’s former medieval wall. When finished in 1778, it was proclaimed as the first triumphal arch since the fall of the Roman Empire. Among the sculptures of stylized warriors and military equipment are three lion reliefs. The latter represent the sovereignty of Charles III of Spain.