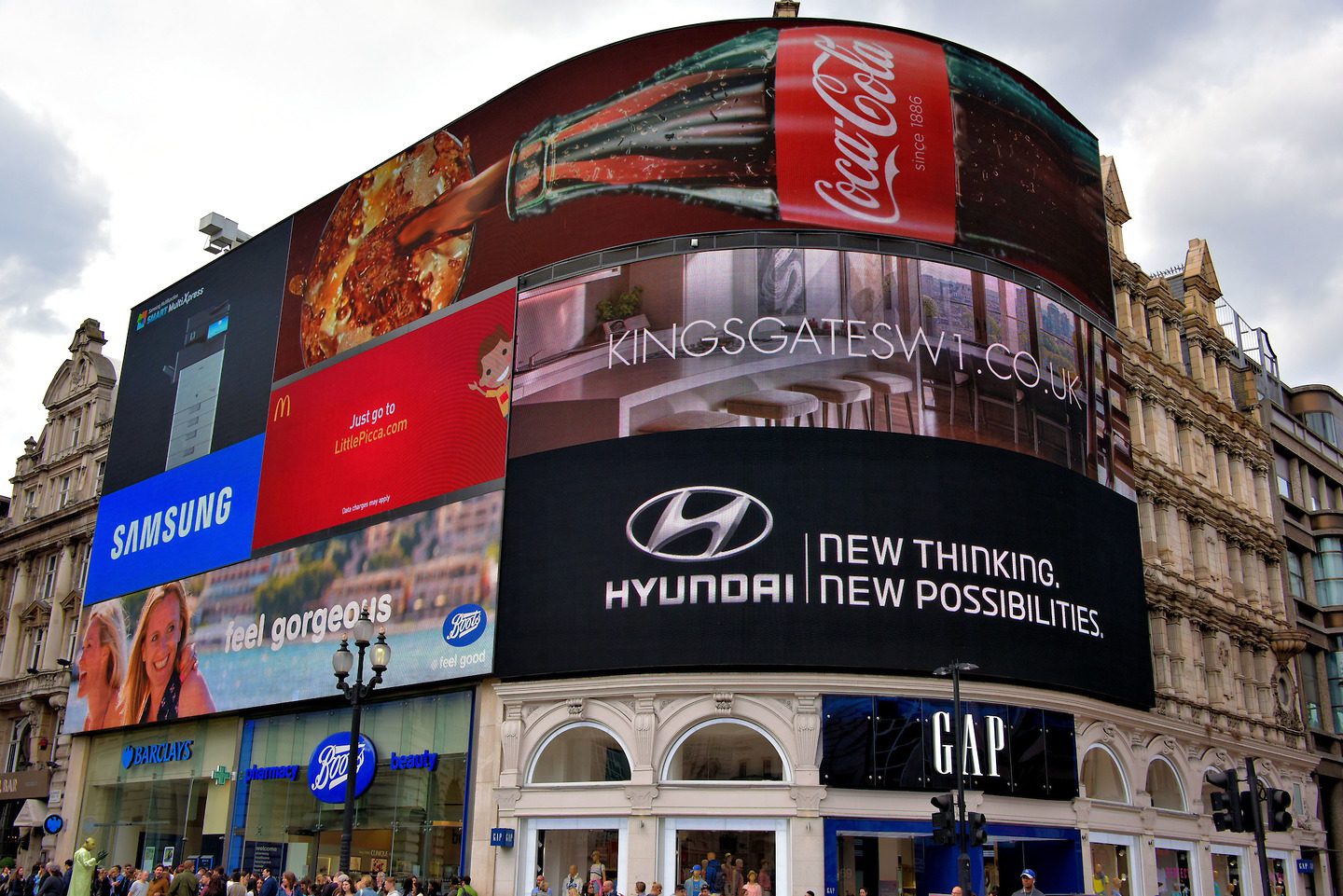 Piccadilly Circus is London’s equivalent of Times Square in NYC. The intersection was created in 1819. The first giant sign was raised in 1908. Soon it was surrounded with flashing advertising using light bulbs and later neon. Now only this building has a LED billboard with a moving display. Coca-cola has been featured since 1954. The name Piccadilly is derived from piccadill, a high, lacy collar worn by royalty and the social elite during the late Renaissance period. Circus is from the Latin word circulus meaning hoop or ring.