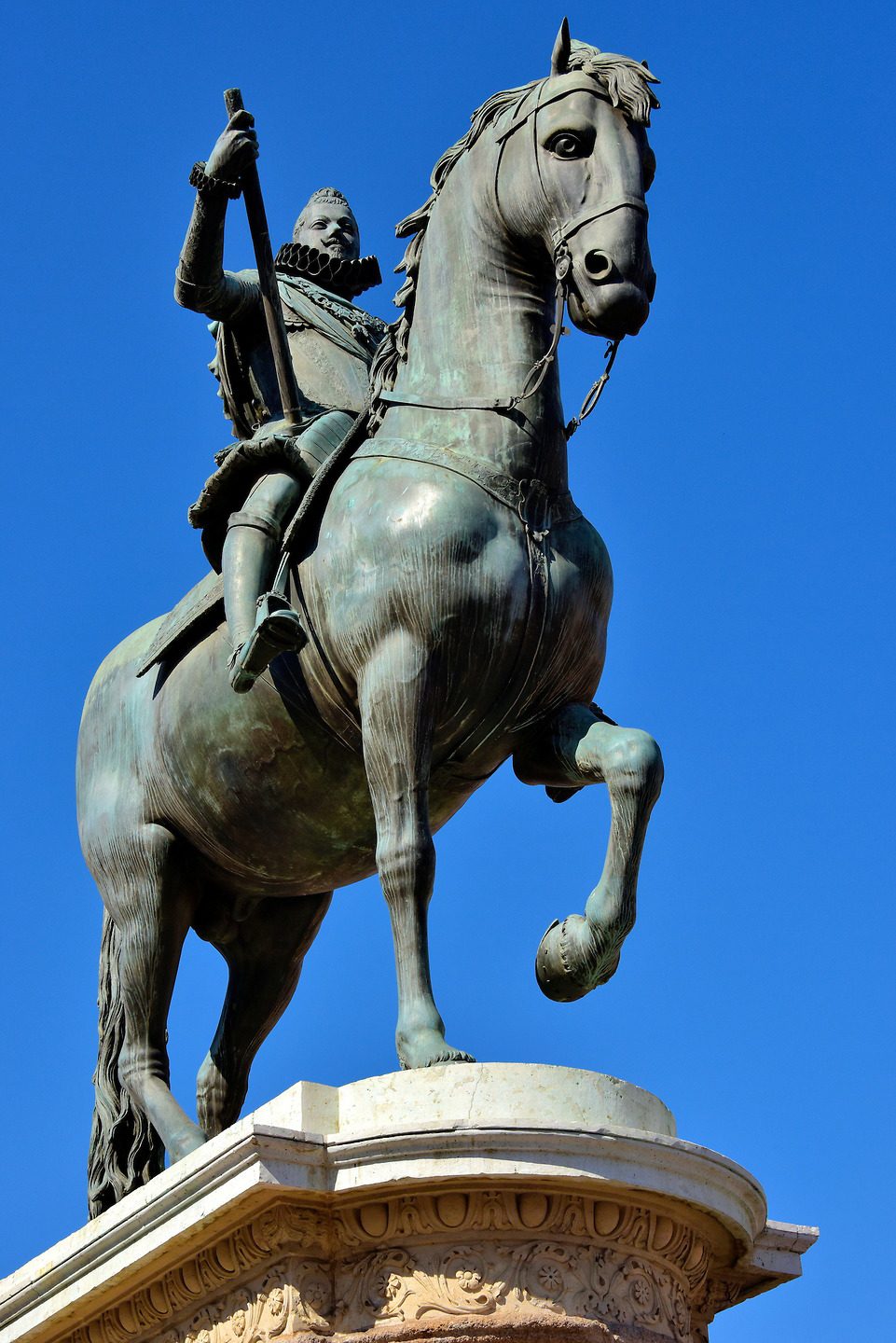 The Plaza del Arrabal was commissioned by King Philip II of Spain and was completed in 1619 during the reign of his son, Philip III. This equestrian statue by artist Jean Boulogne and Pietro Tacca was created to honor Felipe III while he was still king. This monument has witnessed a lot of history since 1616. The square has been used as a market, bullring and for public executions. The buildings have burned down three times. It has also had several names including Plaza de la Constitución and Plaza de la Repúbilica. Today, Plaza Mayor is a major draw for tourists featuring shops and restaurants.