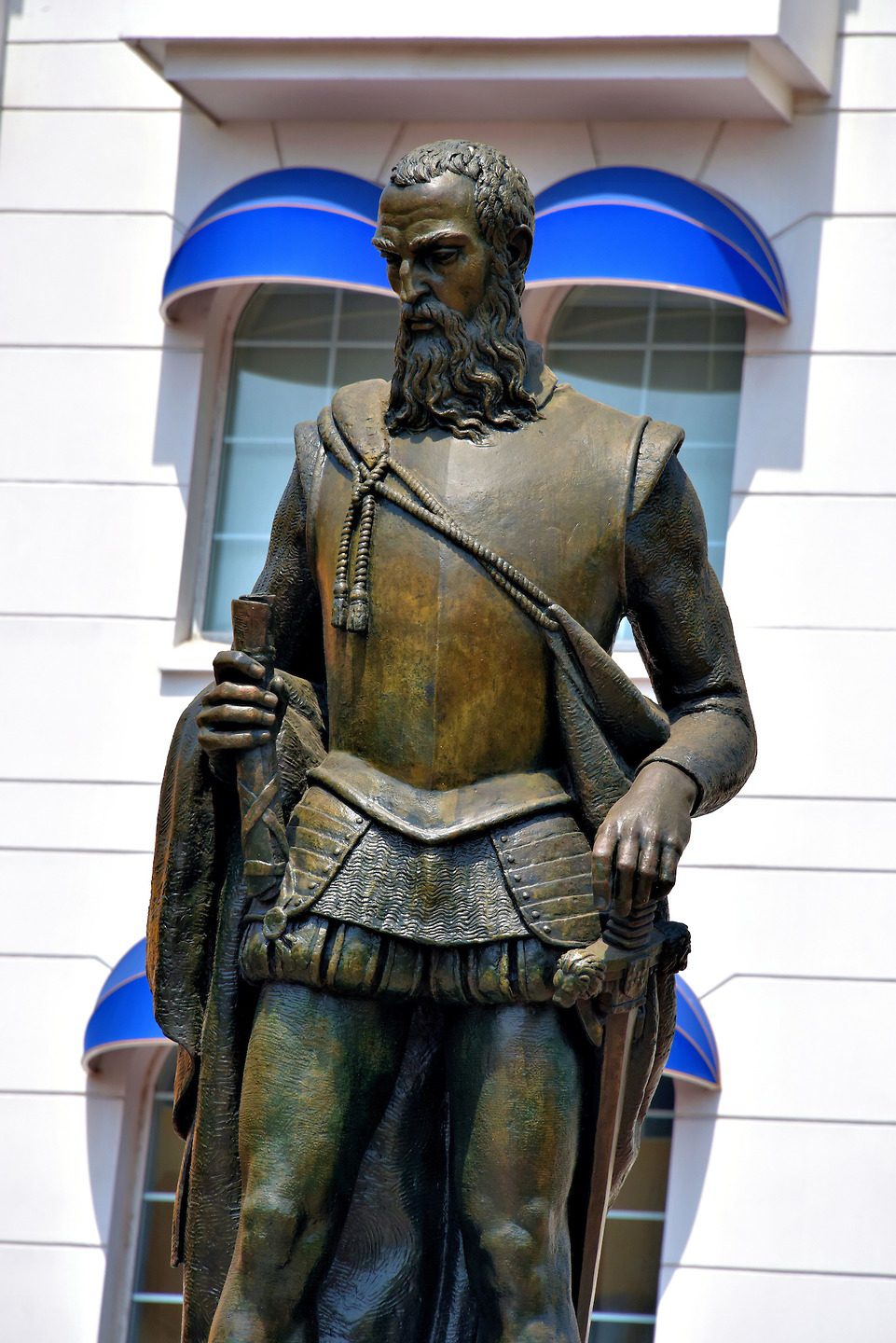 In 1532, Joanna, the Queen of Castile and León, granted a Spanish conquistador rights to a territory in the New World. Today the land covers Colombia and much of Ecuador. Pedro de Heredia arrived in Cartagena Bay in 1533. After he and his men overpowered the Mokaná people, he called the area Cartagena de Poniente (or Cartegena de Indias) in honor of Cartagena, Spain. For almost two decades, he plundered gold from the Indians. He was lost at sea when his ship sank in 1552. This monument is located in Plaza de los Coches.