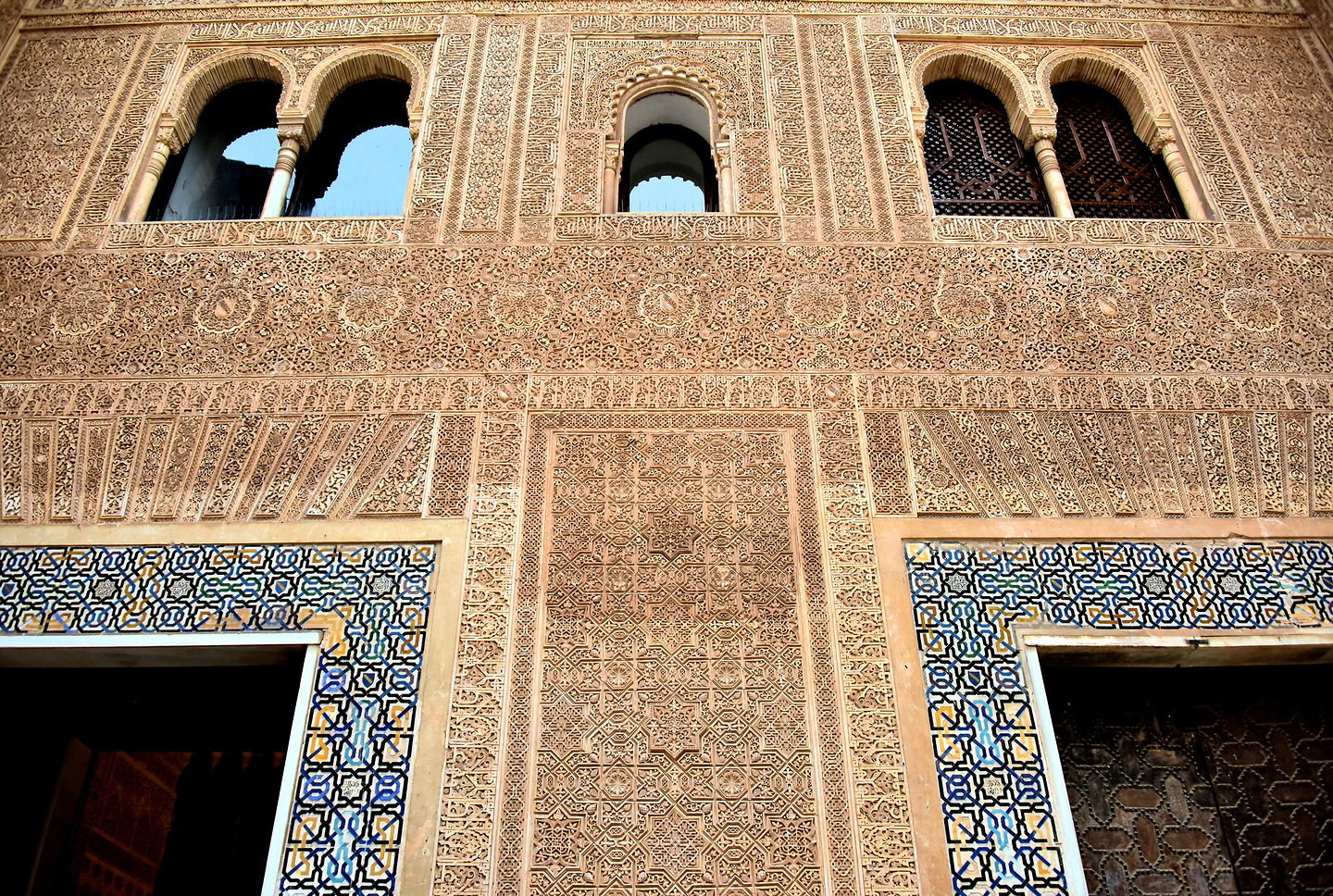 The Nasrid Palaces consist of three main complexes: the Mexuar Room (described earlier), Comares Palace (kings’ former residence) and Palace of the Lions (for the king’s harem). Each are separated by a common courtyard. Patio del Cuarto Dorado is between the Mexuar Room and Comares Palace. This is the southern wall of the Patio of the Gilded Room. The façade of Comares is considered the most important one in the palaces. It was built for Muhammed V to celebrate his major victory over the Kingdom of Castile during the Siege of Algeciras in 1369. The door on the left led to his private chambers. The sultan would welcome guests around a marble fountain in the center of the courtyard.