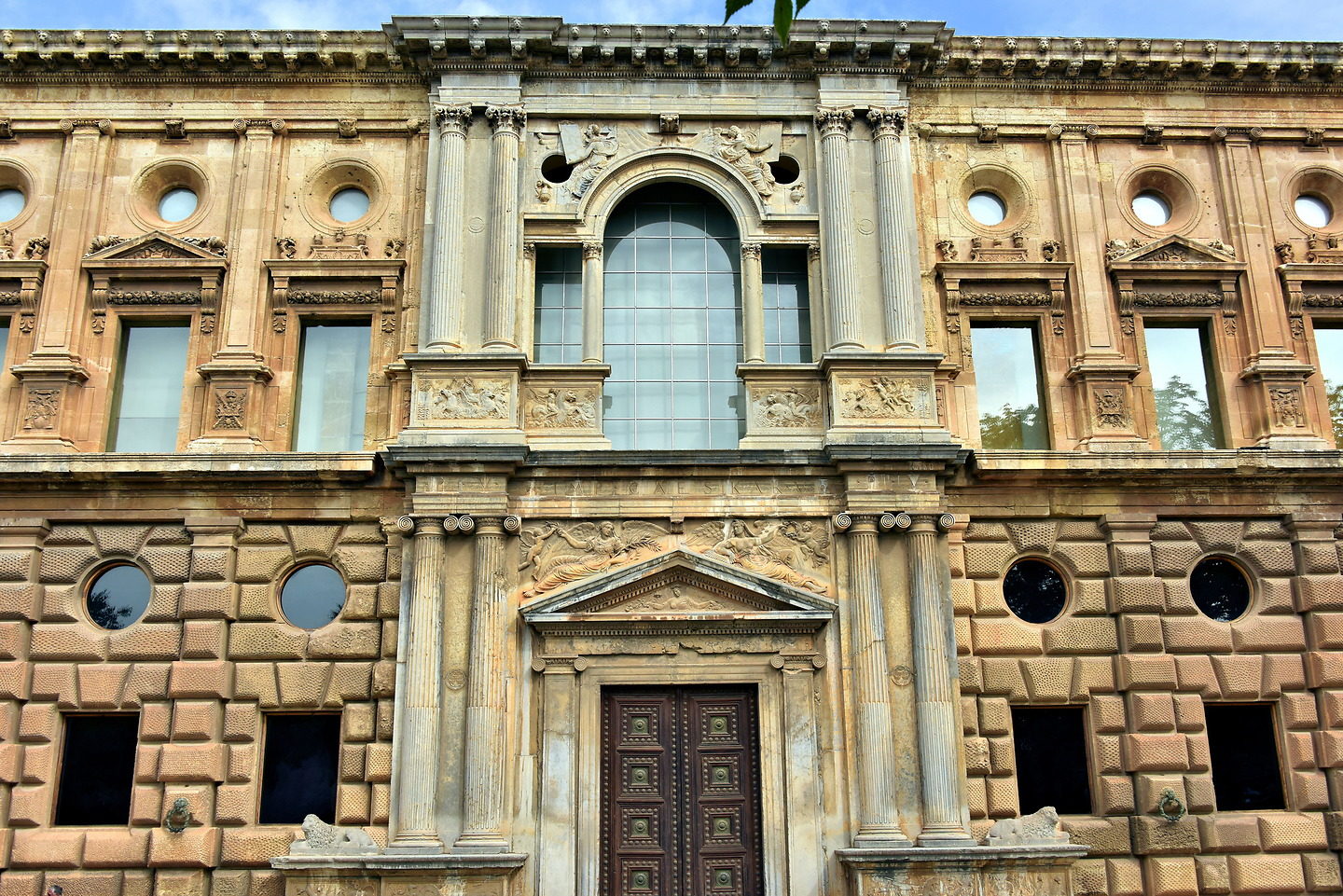 The first magnificent edifice you will encounter at Alhambra is the Palace of Charles V. It measures 207 feet long and is constructed from Sierra Elvira stone. Here is a bit of history. Charles I became the first king of Spain in 1516 after the death of his grandfather, King Ferdinand II of Aragon. Three years later, he also became Charles V, Holy Roman Emperor. By the end of his four-decade reign, he ruled over 2.5 million square miles. It was called “the empire on which the sun never sets.” In 1526, he hired architect Pedro Machuca to design a palace so grand as to rival those from Roman antiquity. The project was finally abandoned unfinished in 1637. No Spanish monarch ever stayed in Palacio de Carlos V. You will return here shortly. For now, turn right heading east along the Royal Road (Calle Real de la Alhambra).