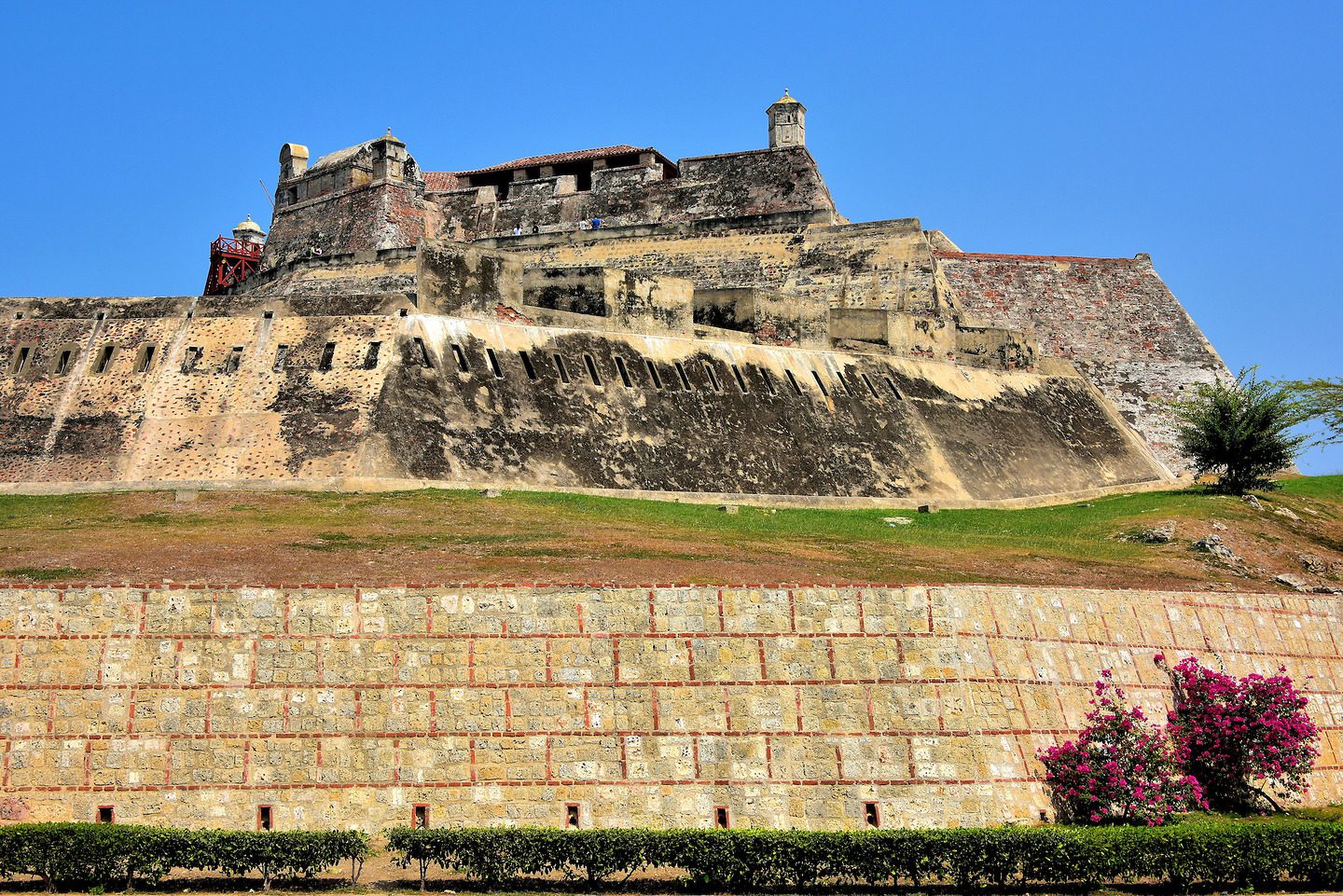 Cartagena’s landmark fort was first built on the Hill of San Lázaro during the early 16th century. When the citadel was significantly expanded in 1657, it was named in honor of Felipe IV. He was the king of Spain from 1621 until 1665. The Castillo has the distinction of being the largest military fortification ever built within the Spanish colonies. It is easy to see how these massive walls repelled an attack by over 23,500 British soldiers in 1741. The Castillo San Felipe de Barajas was declared a UNESCO World Heritage Site in 1984.