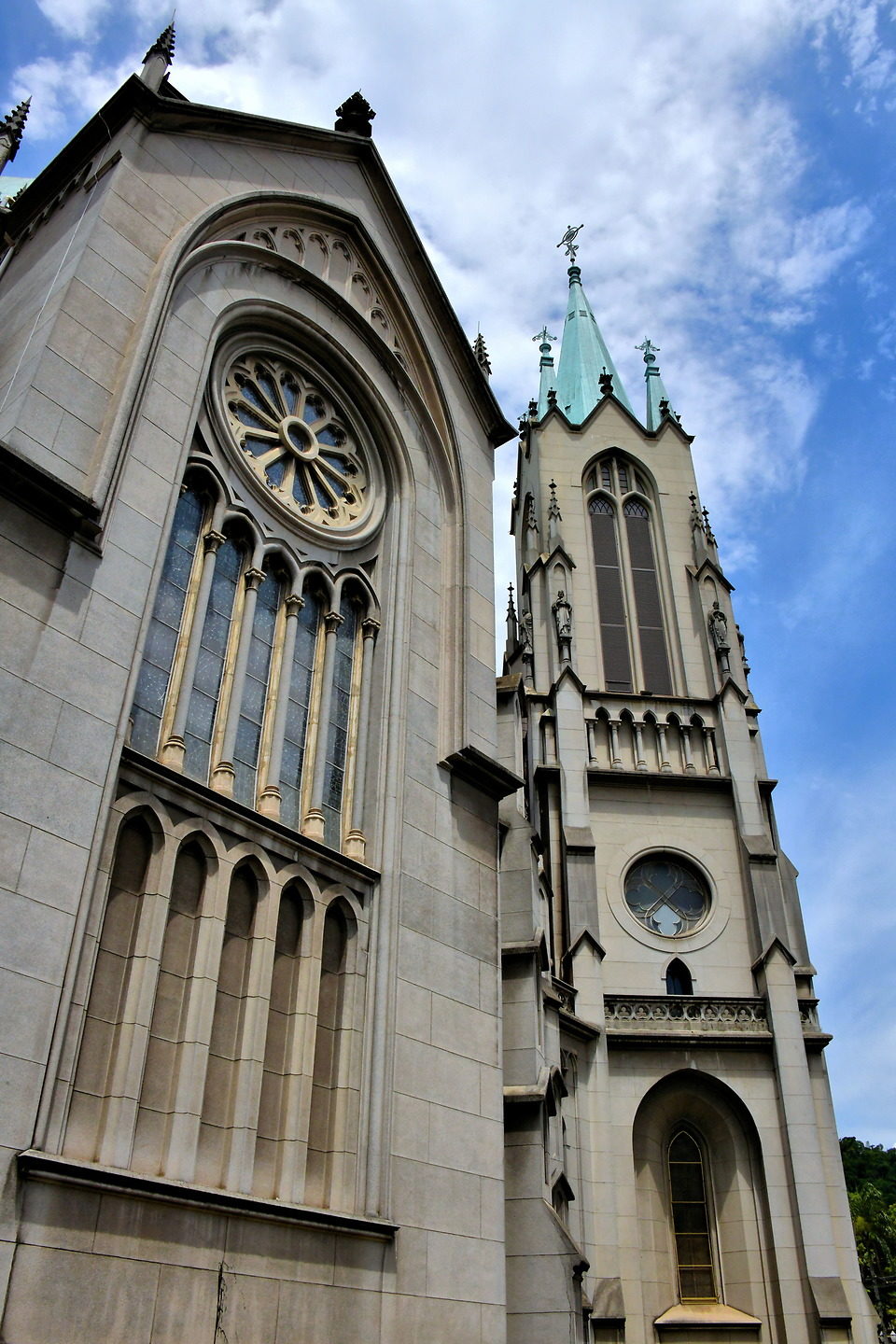 The Mother Church of the Roman Catholic Diocese of Santos is Catedral Nossa Senhora do Rosário. Its Neo-Gothic architecture is very similar to nearby São Paulo Cathedral, yet on a smaller scale. Both were designed by Brazilian architect Maximilian Emil Hehl. The Cathedral of Santos features a single bell tower, a Renaissance-styled dome and three rose windows. Our Lady of the Rosary Cathedral was finished in 1967. It is a visual anchor to José Bonifácio Square.