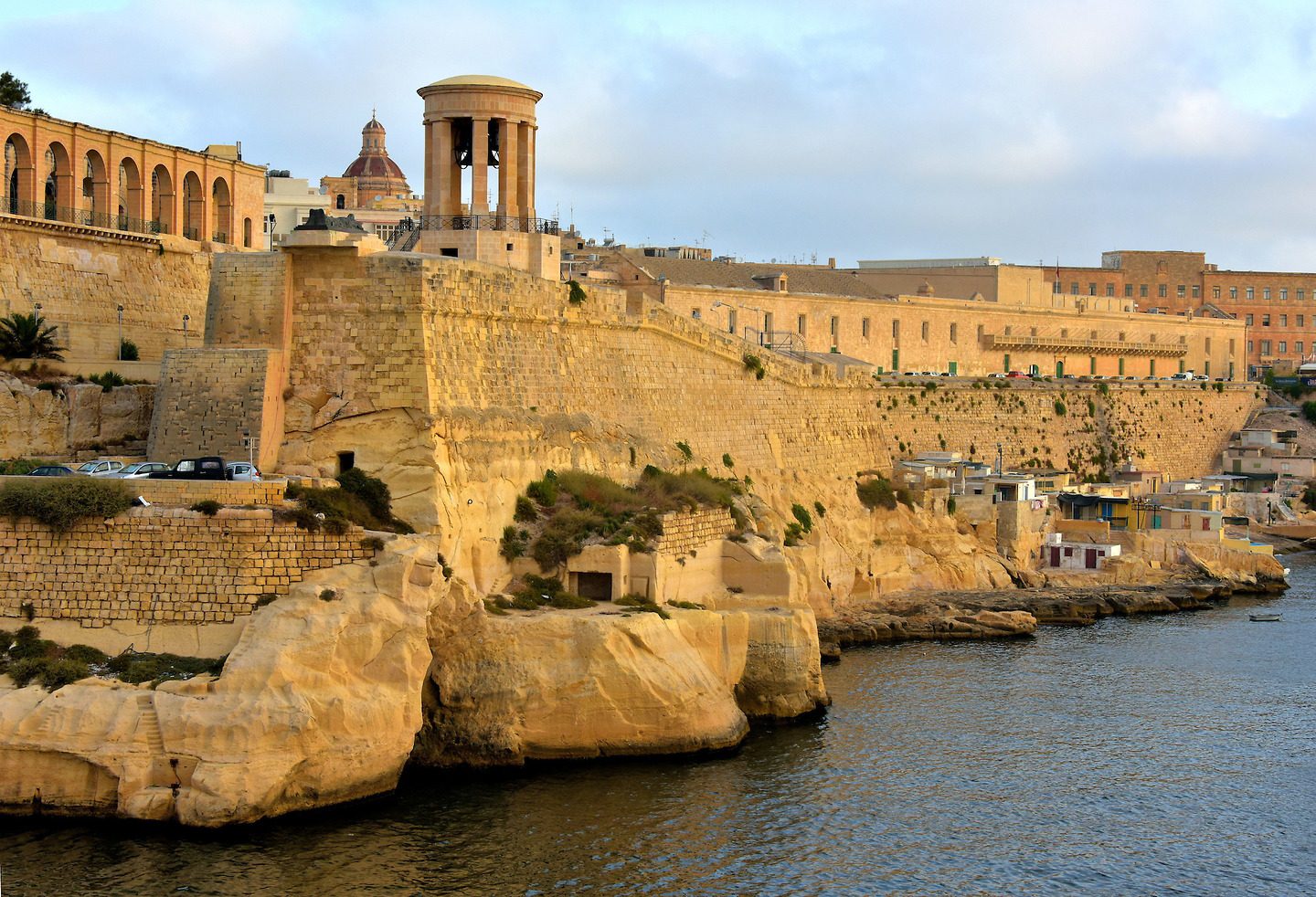 In 1566, the Knights of Saint John decided to build a city along the Sceberras Peninsula. It was designed by Francesco Laparelli and named after Grandmaster Jean Parisot de Valette, the hero of the Great Siege of Malta. He personally laid the first stone of the city named after him. The Knights Hospitallers first task was to build enormous defensive walls, some of which reached 330 feet high above the Grand Harbour where this photo was taken. The arches on the left are part of the Lower Barrakka Garden. The dome-shaped monument with ten columns is the Siege Bell Memorial, a tribute to local residents killed during WWII. Between them is Church of St. Nicholas’ dome.