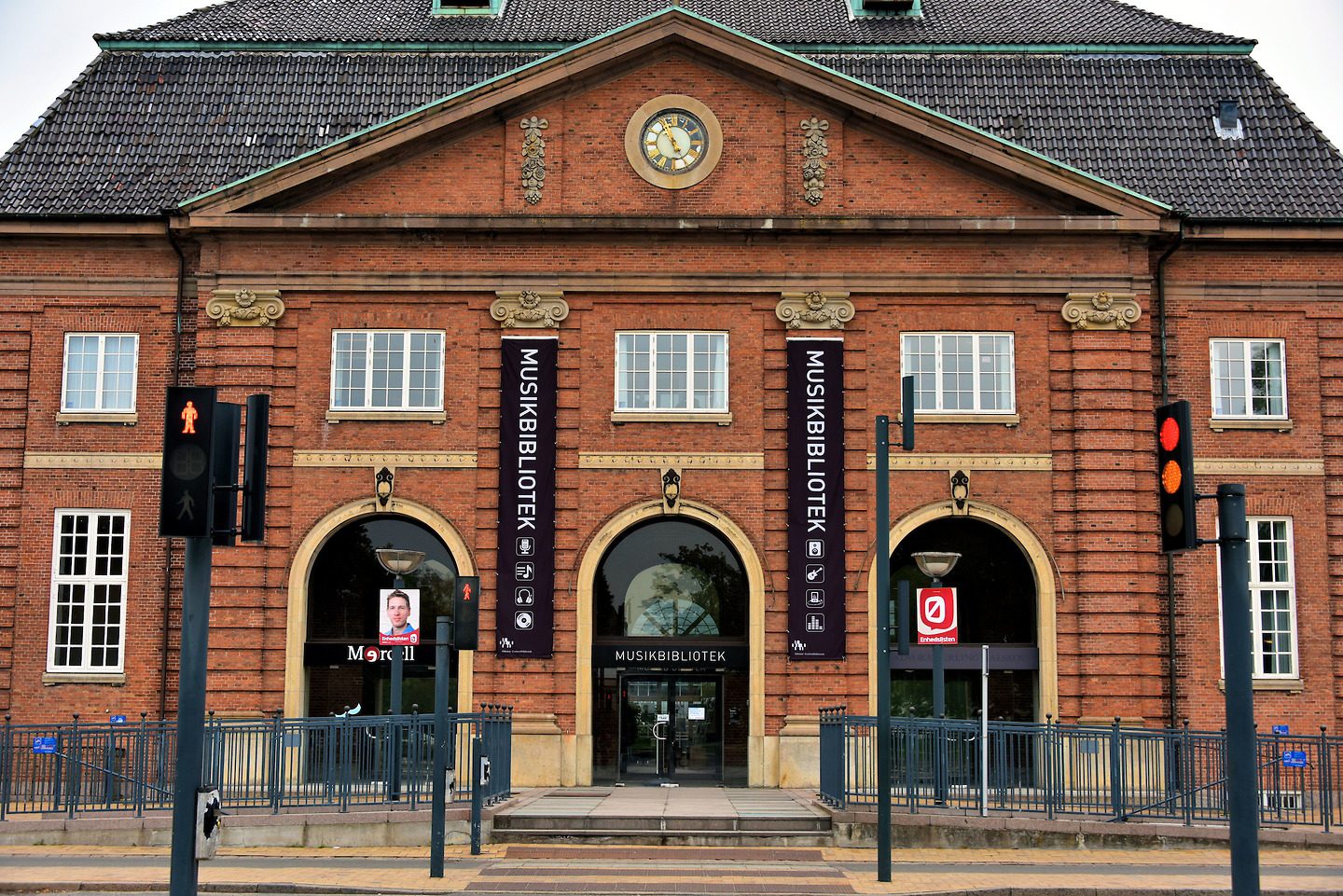 This red brick building opened in 1914 as the second train station for the citizens of Odense. After it was replaced in 1995 by the Odense Banegård Center, it became the home of the Music Library. It has an enormous collection including nearly 100,000 albums, 23,000 music books and over ten million files available for research. The Musikbibliotek is part of the Odense Central Library.