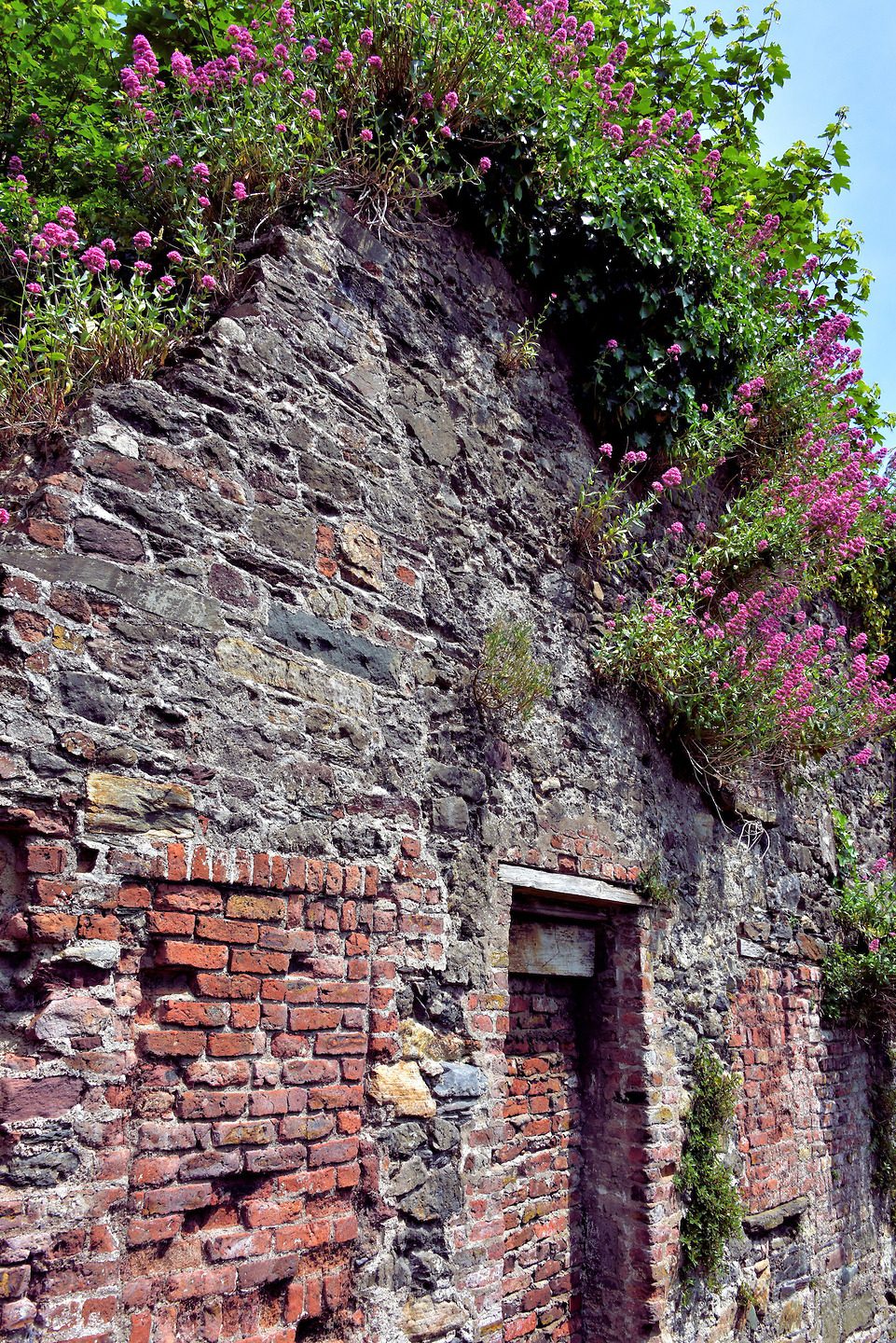 Similar to many walled-in towns during the Middle Ages, Waterford was a labyrinth of narrow lanes formed by tiny stone buildings. Some like Blacksmith’s, Cook’s and Coffin Lanes were named after local tradesmen. Others were called family names such as Brown’s Lane, Robinsons Lane and this one, Little Michael Street. Although most of the lanes and medieval structures are gone, you can still find a few like this abandoned home on Sráidín Mhichíl. It is hard to fathom how people lived in such cramped quarters without lights or water.