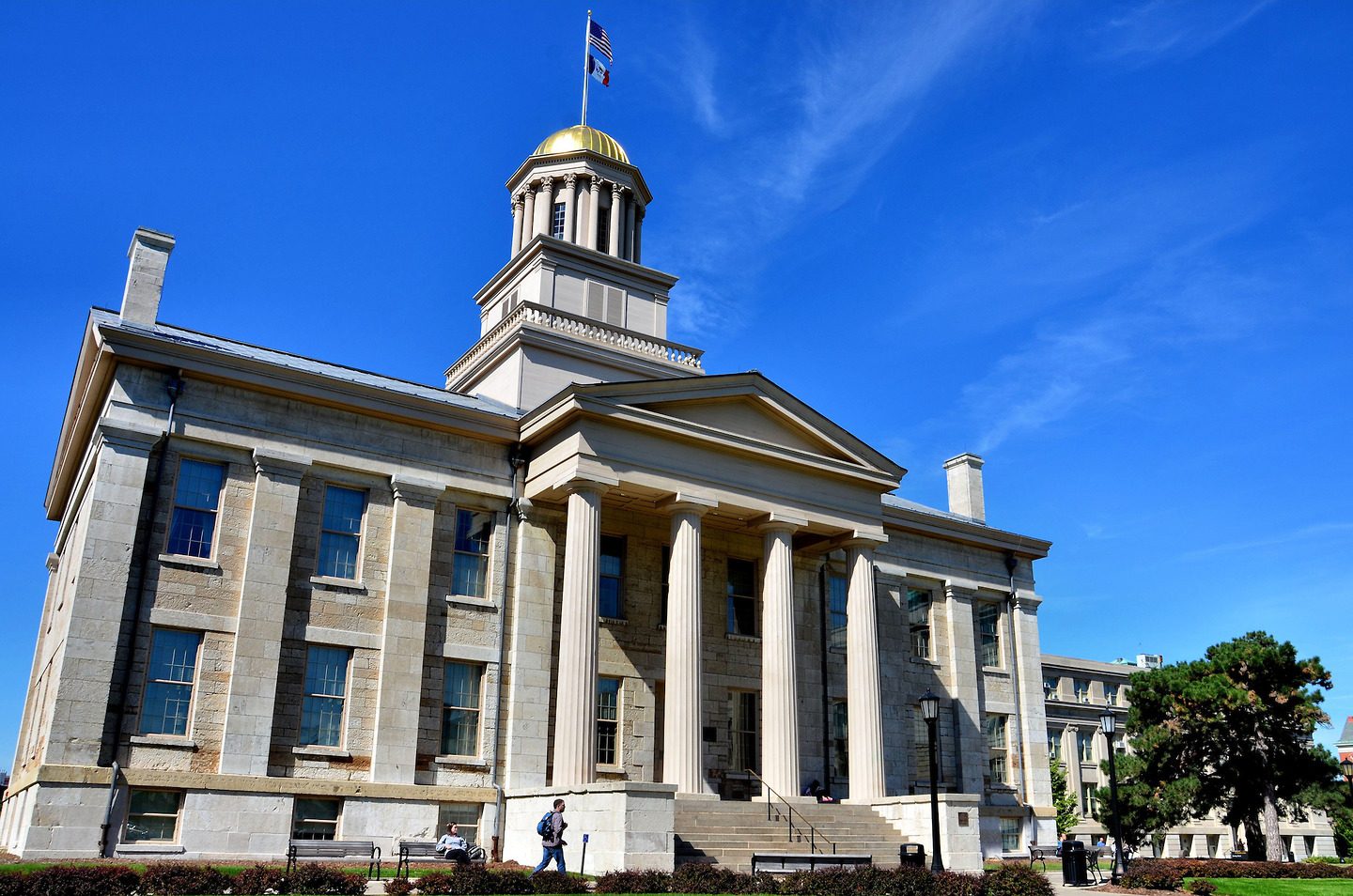 The Old Capitol Building in Iowa City opened in 1842, four years before Iowa became the 29th state. It was the center of government until the capitol moved to Des Moines, Iowa in 1857. The Greek Revival building then became the only structure for the University of Iowa until 1863. Today, it is a museum and one of five buildings in the campus center called the Pentacrest.