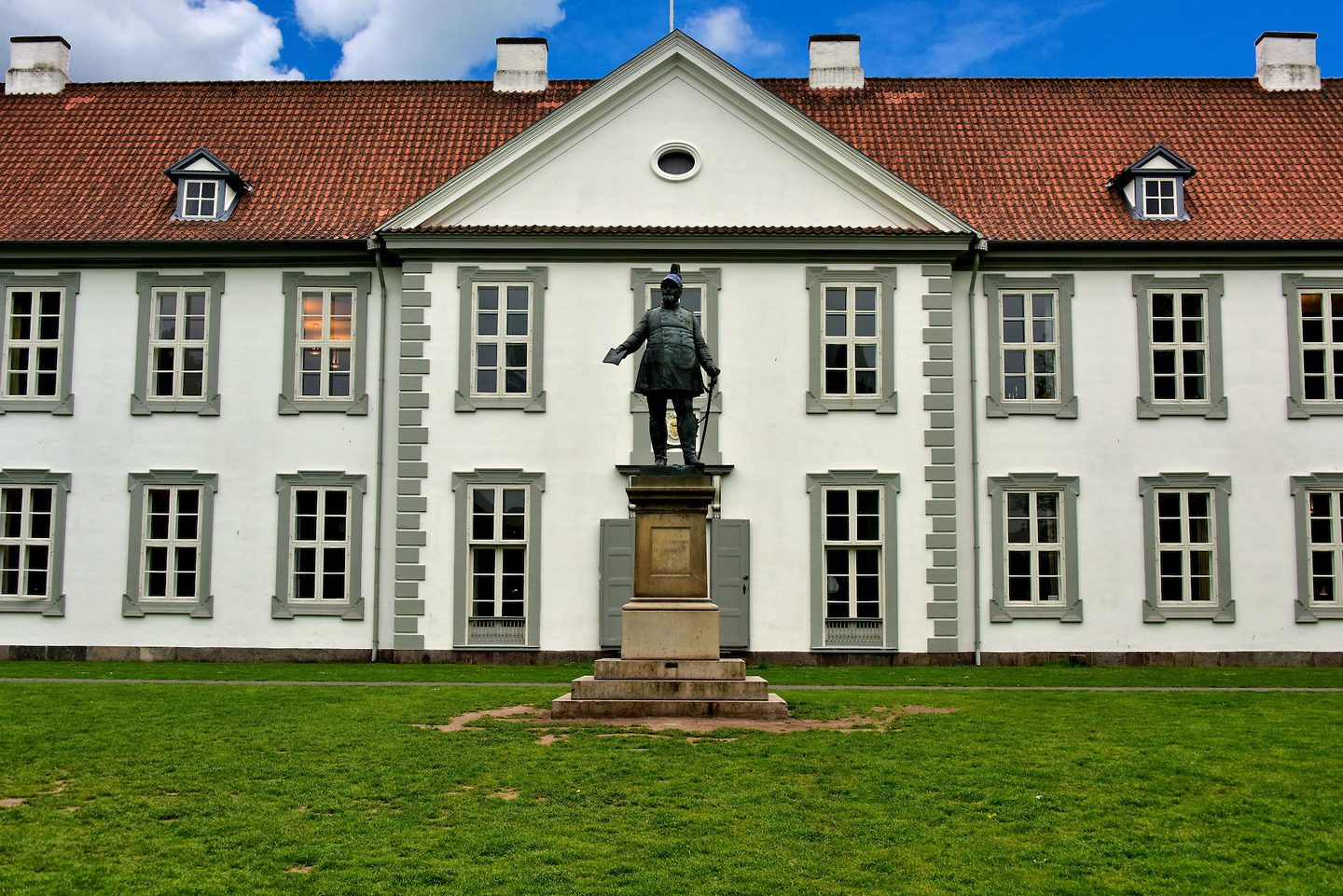 This section of Odense Palace was built in 1723. Yet the history of the property is much older. Portions of Odense Slot date back to the 15th century when it was a monastery run by the Knights of St. John monks. It was confiscated by the king in the early 16th century. As the centuries passed and politics changed, it had several successive occupants. They included Swedish troops, the head of Funen County and King Frederik IV of Denmark who commissioned this addition. Later tenants were a French general, the governor of Funen and then a museum. Today, this Dutch Baroque palace houses administrative offices of the Odense Municipality.