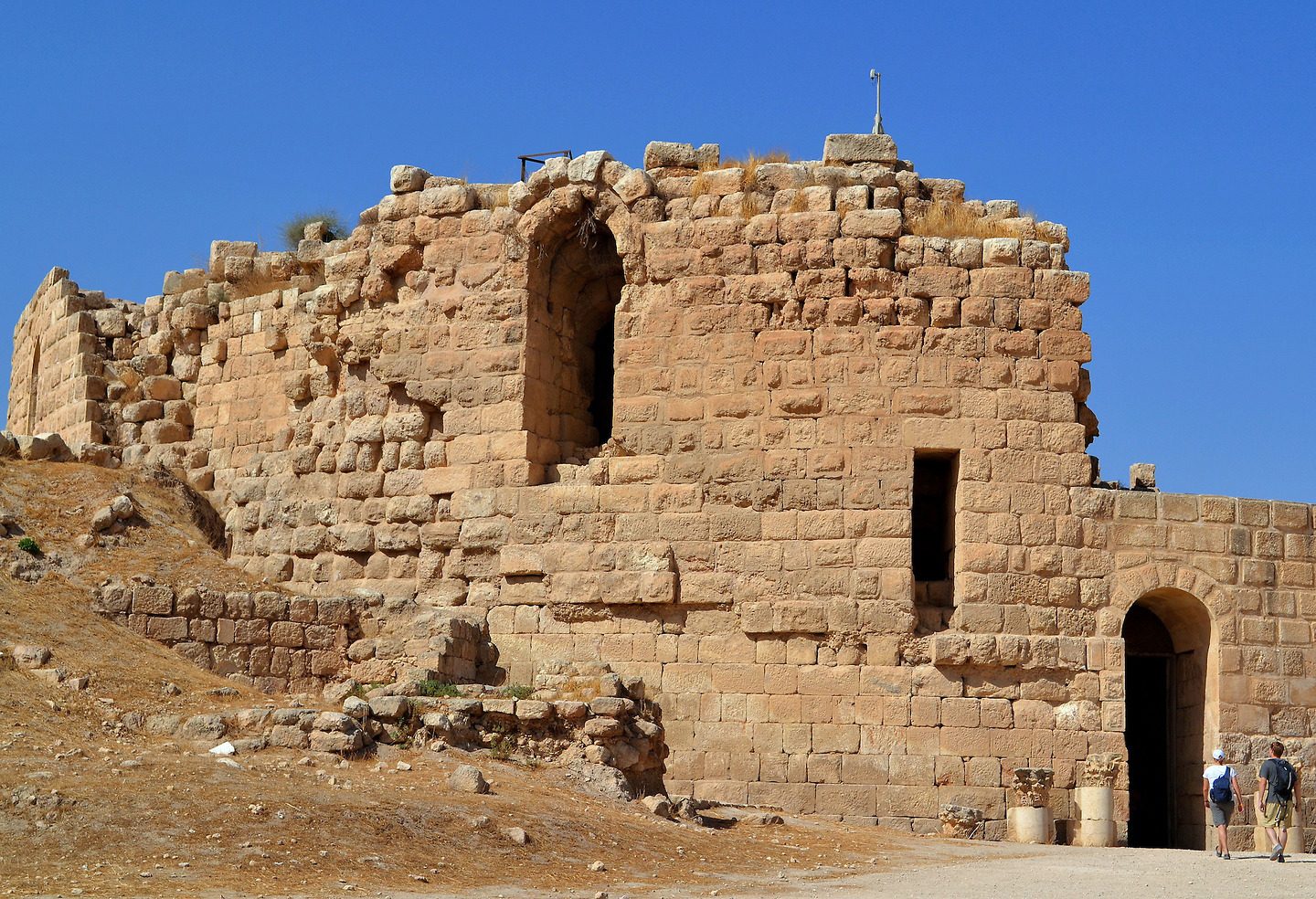 The smaller of the two theaters in Jerash is located in the northern section of the ancient city. The austere block façade provides few hints of its marvelous architectural design inside. It served as the meeting venue for the city council when it was constructed during the mid-2nd century. Later it was reconfigured into a theater.