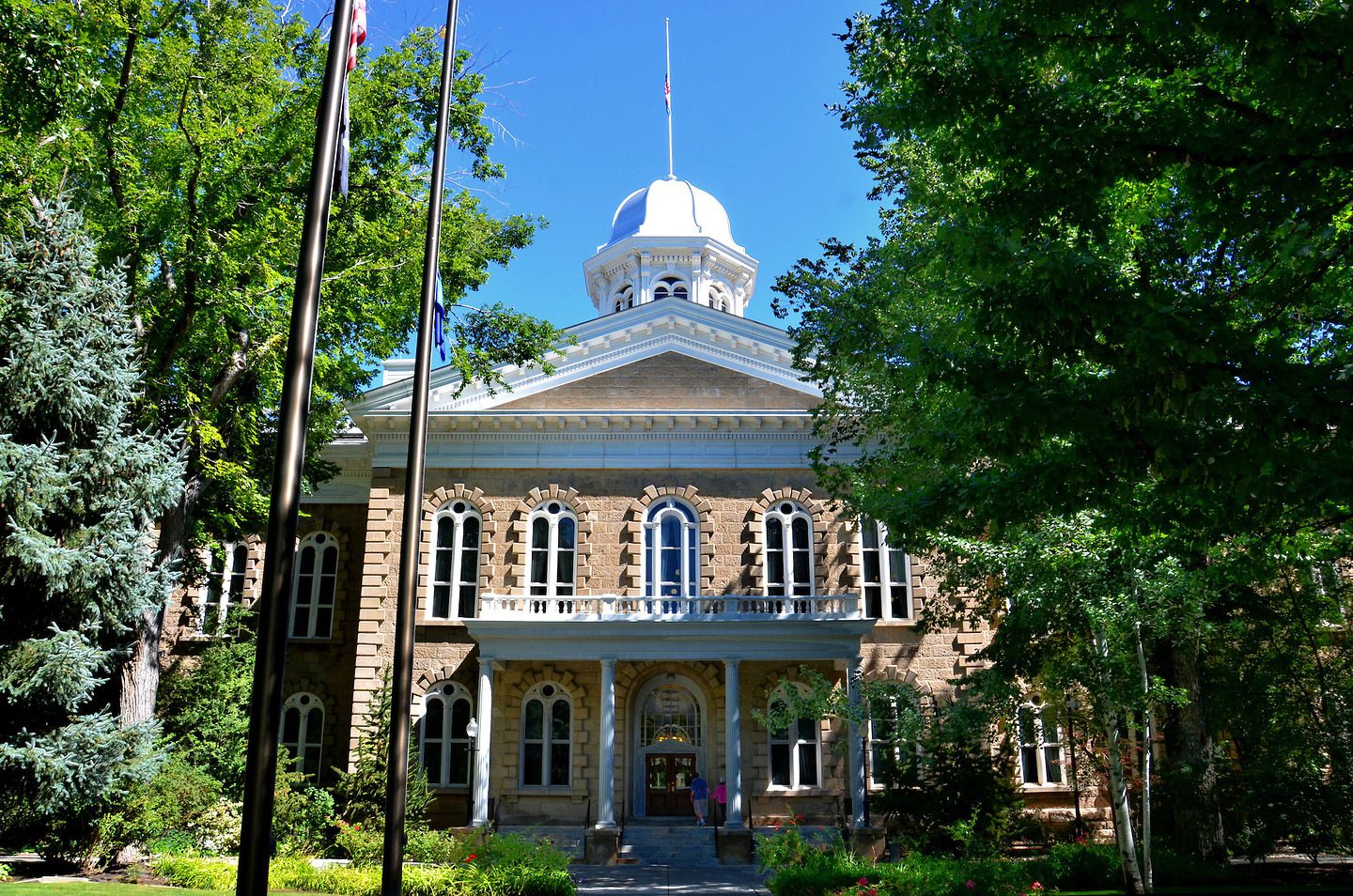 In 1871, the capitol building for Nevada was finished in Carson City. It is a modest, two-story structure with an octagonal, silver dome. The façade is sandstone from a local prison quarry. In 1971, when the legislature outgrew it, they moved to an adjacent building. However, the original capital still serves as the governor’s office. When you are there, ask the governor’s receptionist to see the skeleton in his safe. Nevada became the 36th state on October 31, 1864. It is the country’s driest state yet has over 200,000 slot machines to whet your gambling appetite.