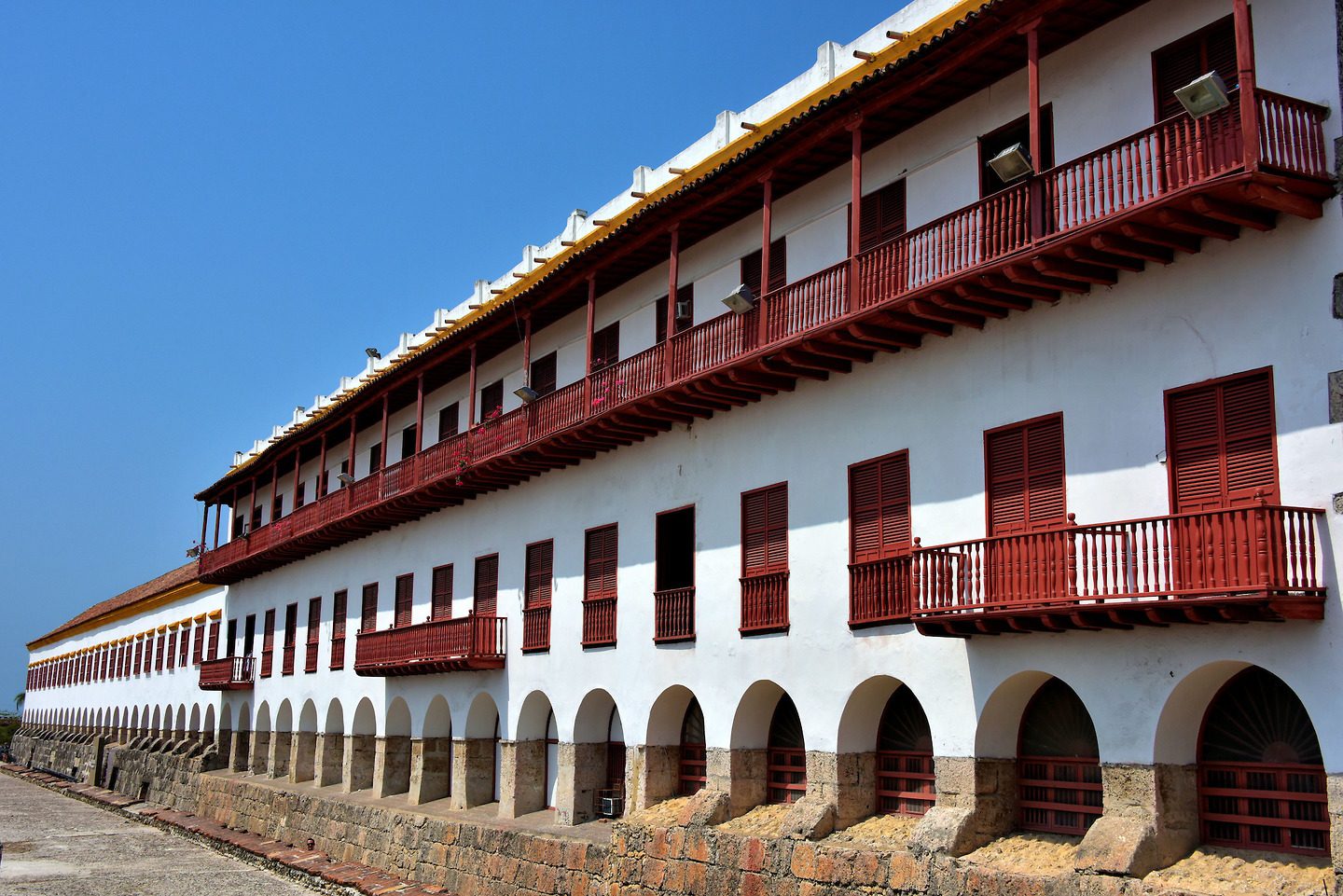 This building with the 230 foot arcade of barred windows and red shutters was a Jesuit school when it was built in 1632. Latter it became a military barracks and then a hospital. Since 1992, it has housed the Museo Naval de Caribe. Inside you will find displays, exhibits and artifacts telling the story of Cartagena’s long history with the sea. The Naval Museum’s front door is located at Plaza de Santa Teresa.