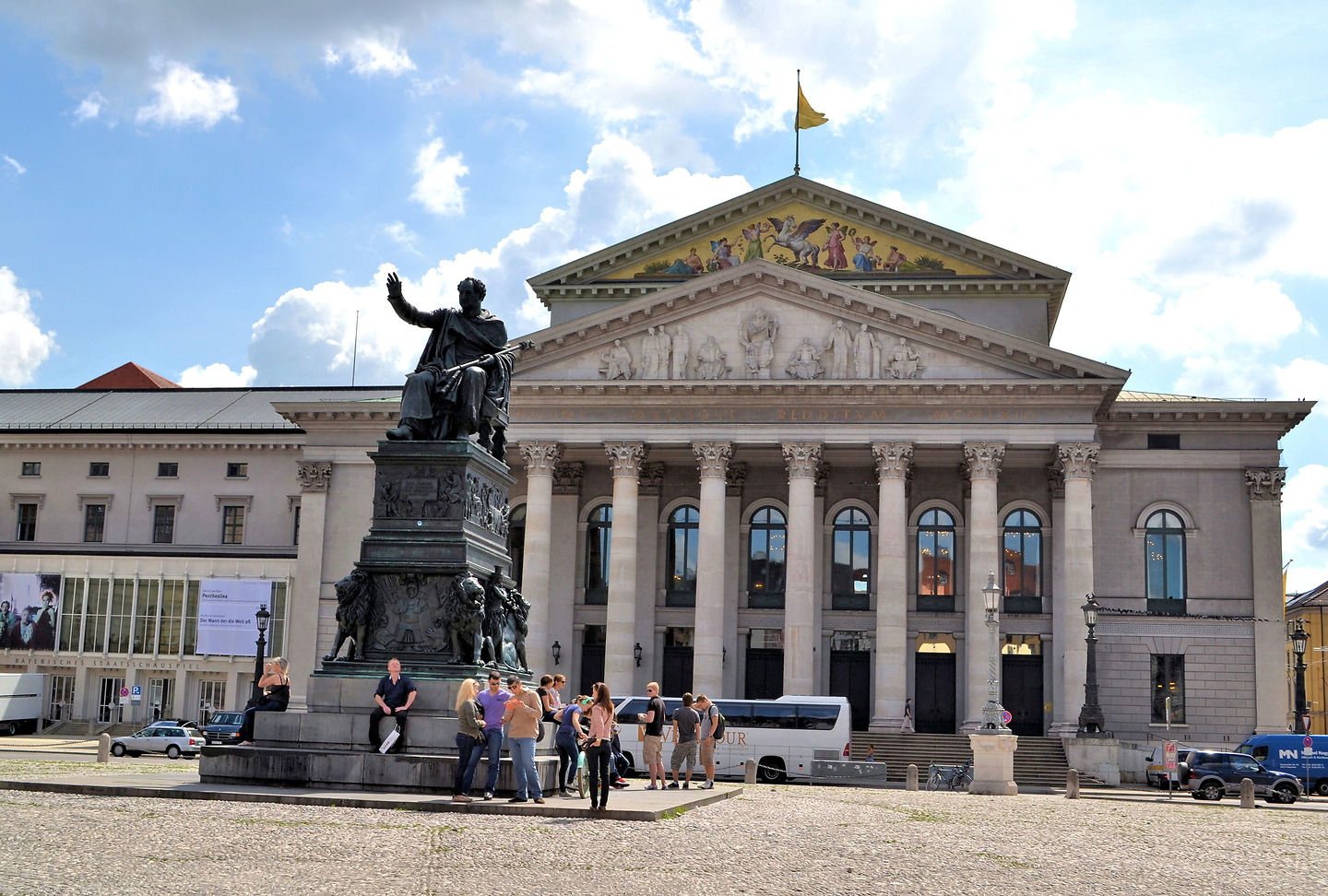 The National Theatre is always named among the best opera houses in Europe. The 27,000 square foot stage ranks as the third largest in the world. This is home to three performing arts companies: the Bavarian State Opera, Orchestra and Ballet. The first rendition of Nationaltheater was commissioned by Maximilian I Joseph in 1810. A statue of the former king of Bavaria is on the left. After destroyed by fire in 1823, a replacement was built in 1825 yet demolished in an air raid in 1943. The current Bavarian State Opera opened in 1963.