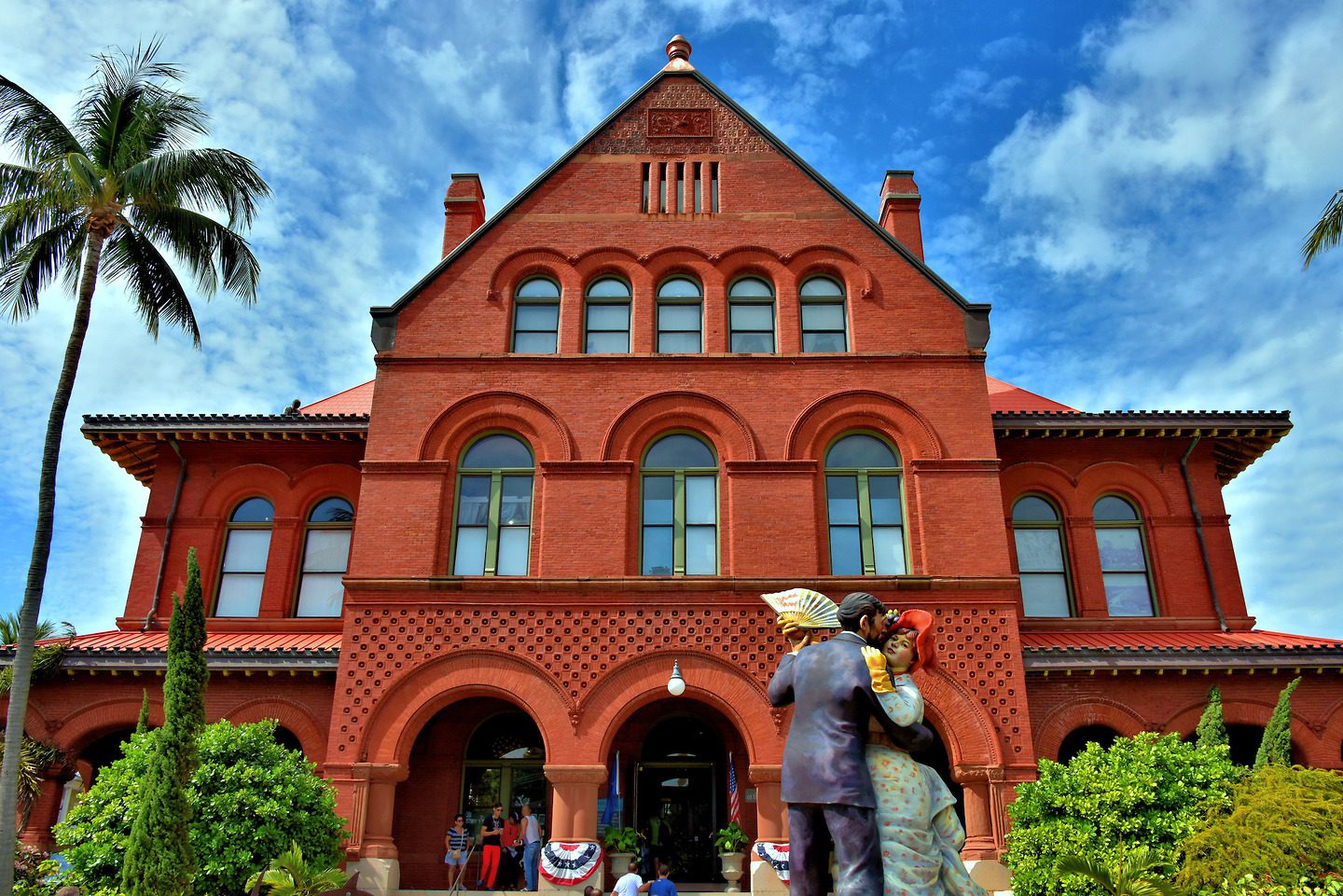 This red brick building along Front Street was the Custom House when it was built in 1891. It also served as a post office and district courthouse. The U.S. Navy acquired the property in 1932 but later abandoned it for almost two decades. After a $9 million restoration of this Richardsonian Romanesque landmark, it reopened as the Key West Museum of Art & History.