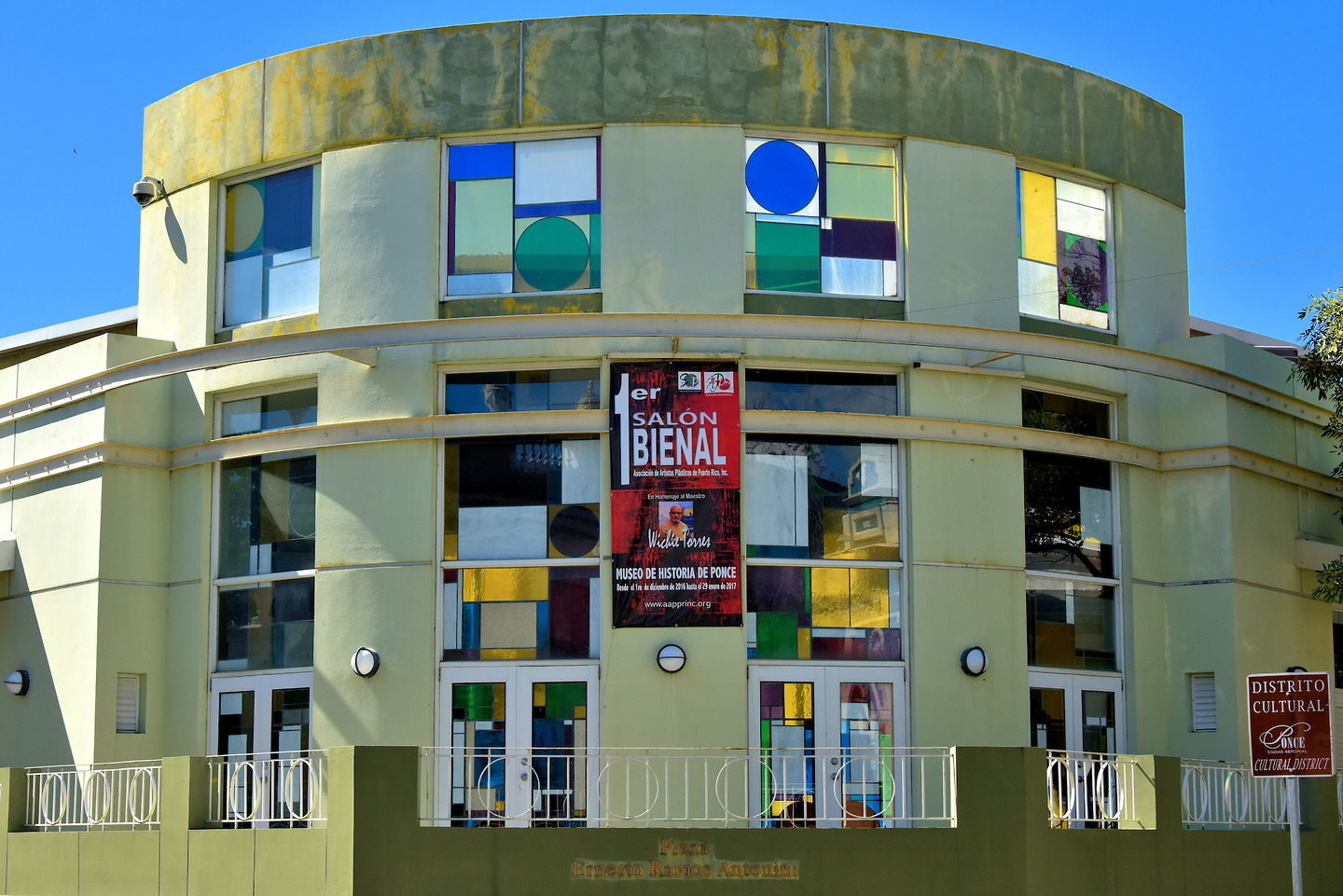 In 1992, the Ponce History Museum was established to preserve and display the city’s heritage. Since then, the extensive collection of lifestyle, political, economic, architecture and health exhibits has grown into three buildings within the Cultural District. They are the Salazar-Candal Residence (1911), the Rosali-Zapater House (1880) and this Ernesto Ramos Antonini Auditorium built in 1998. The auditorium’s namesake was a 20th century lawyer who became the president of Puerto Rico’s House of Representatives.