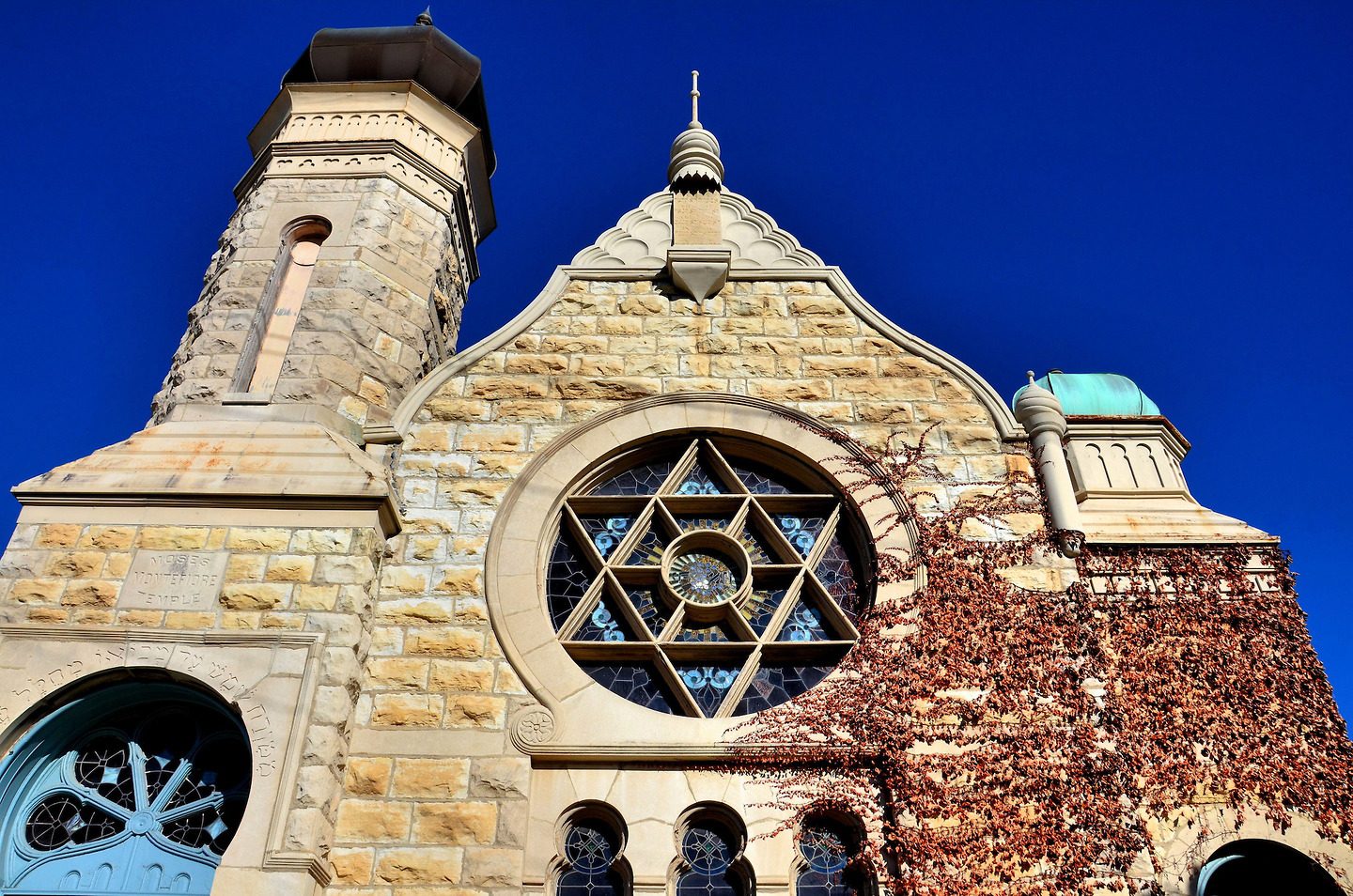 The Moses Montefiore Temple in Bloomington, Illinois, dates back to 1882. Initially, the congregation attended services in a shoe store. Their first temple was built in 1889. This second one, constructed in 1959, now serves 110 families. The namesake is Moses Montefiore. He was a Jewish Englishman. After a successful business career, he became a philanthropist and humanitarian by dedicating his life and wealth to distressed Jews in Europe and other oppressed countries. Montefiore also created residential settlements in Jerusalem and Palestine plus donated money for Jewish education, industry and health. He died at the age of 100 in 1885, three years after this congregation was formed.