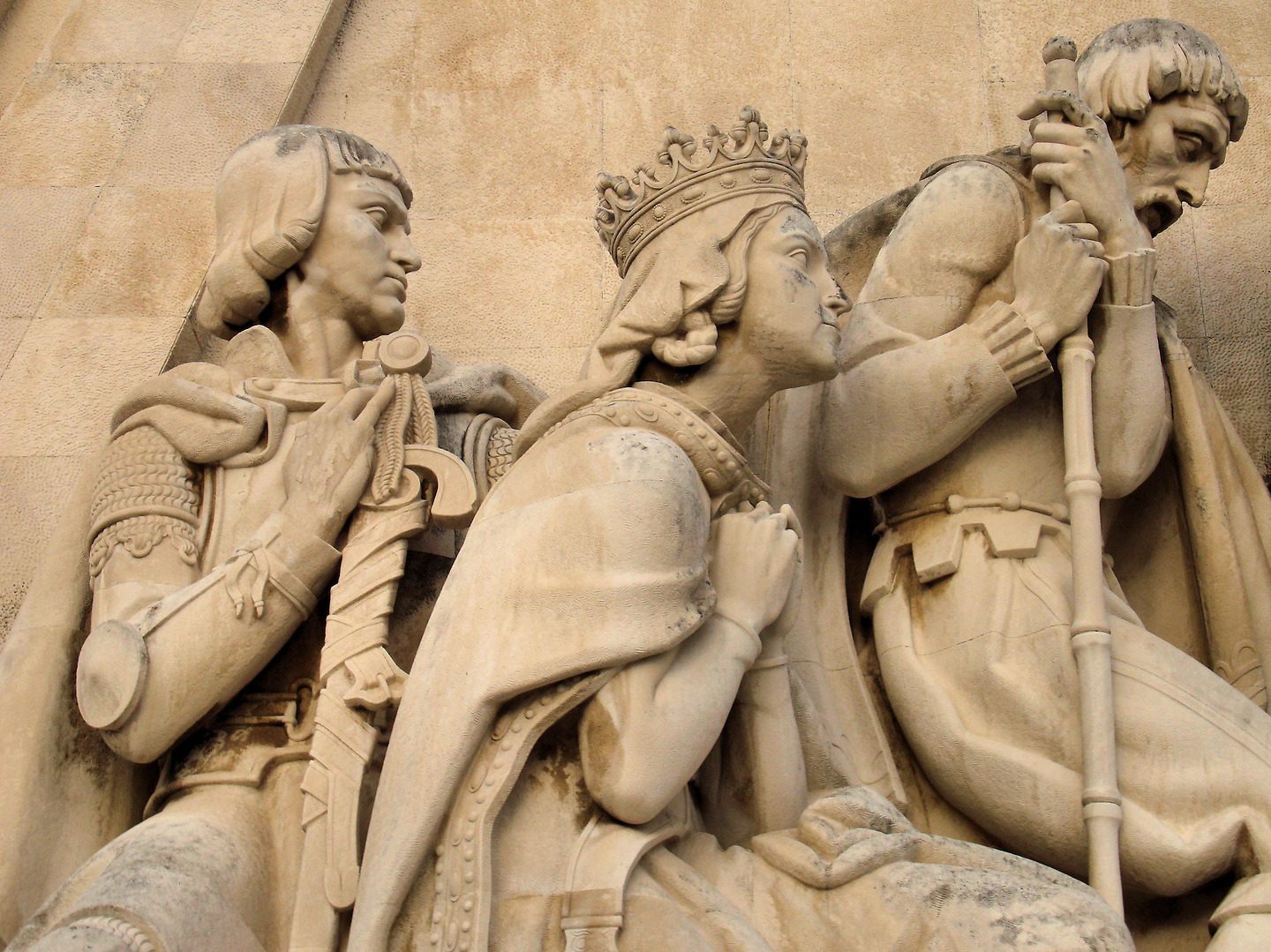 During the Age of Discovery, which occurred from the early 15th century through the 16th centuries, Portugal was a leader in global naval expeditions across the Atlantic and Pacific Oceans. In celebration of the 500th anniversary of Henry the Navigator’s death, a 151 foot monument was created in the shape of a ship bow overlooking the Targus River. These are three of the 33 statues of knights, queens, explorers, scientists and other figures from this era.