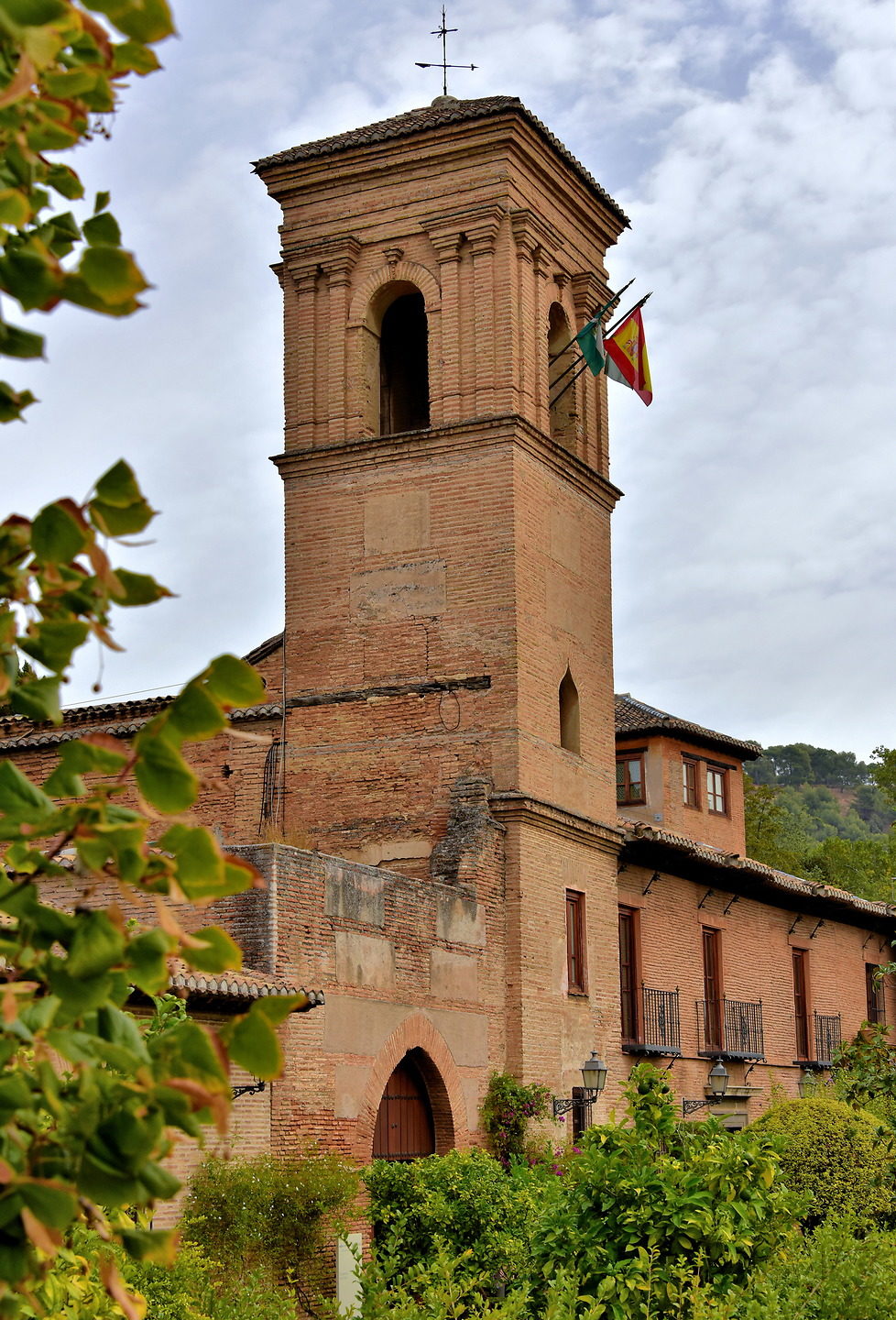 In the mid-14th century, during the reign of Yusuf I, an elegant Nasrid palace was built at the east end of the Alhambra. In 1492, Queen Isabella I of Castile decided to repurpose it into the Monastery of San Francisco. She was buried in the chapel when she died in 1504. The remains of her husband, Ferdinand II of Aragon, were also interred here upon his death in 1516. Five years later, the bodies of the Catholic Monarchs were transferred to the Royal Chapel when it was finished. A marble slab inside the old Franciscan monastery marks where they were temporarily buried. The landmark is now the highly-rated Parador Hotel. The Paradores is a chain of state-run hotels located in historic settings throughout Spain.