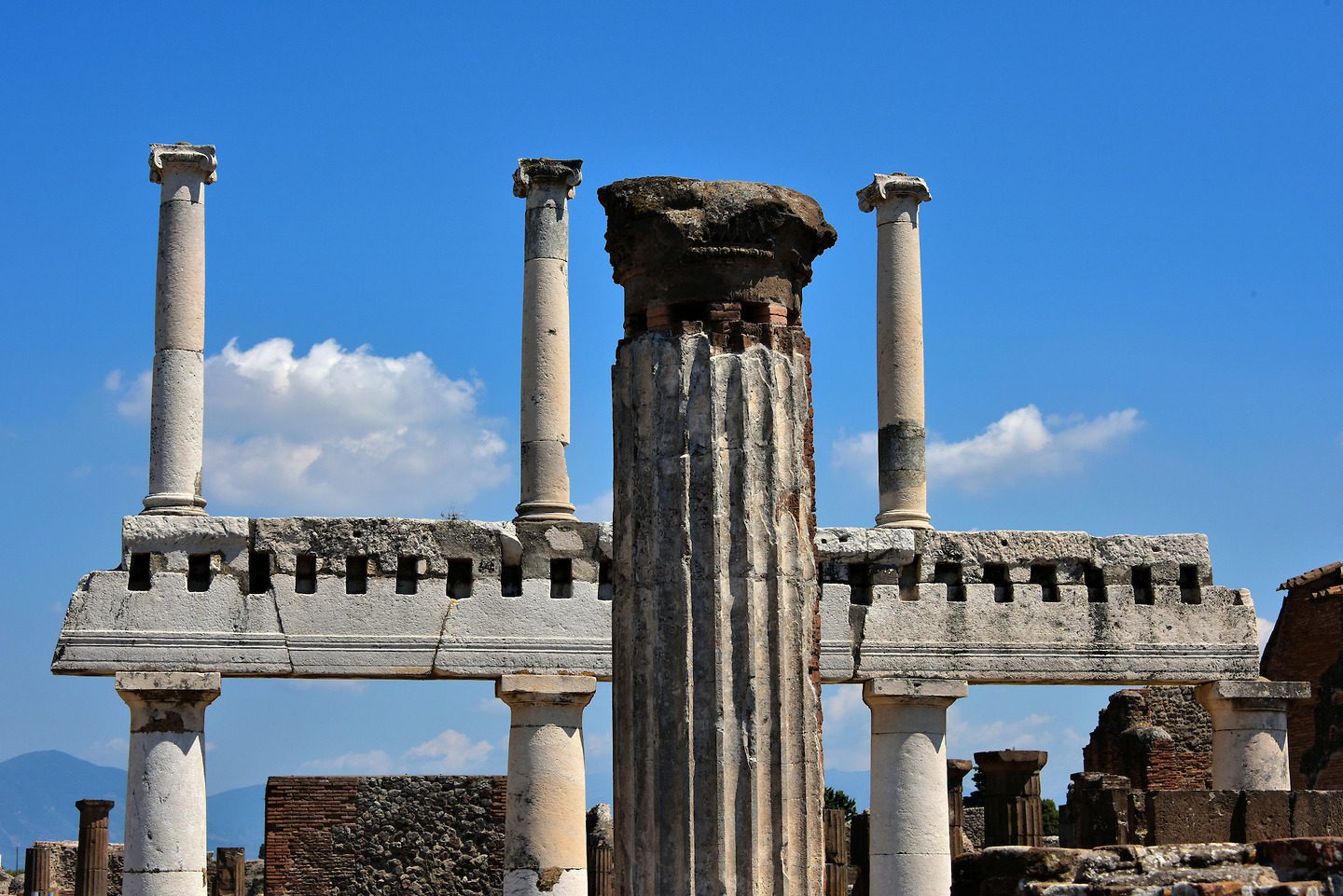 The Basilica is one of the most impressive buildings at Pompeii and the oldest in the ancient Roman civilization. The arcade in the background is part of the Forum. However, the fluted column in the foreground suggests how magnificent the Basilica must have been when it was built during the second century B.C. The rectangular, two-story building measured 213 by 79 feet. Unlike what its name suggests, a Roman basilica was primarily a public space for conducting business and legal matters. Evidence suggests the Basilica lost its roof during an earthquake in 62 AD.