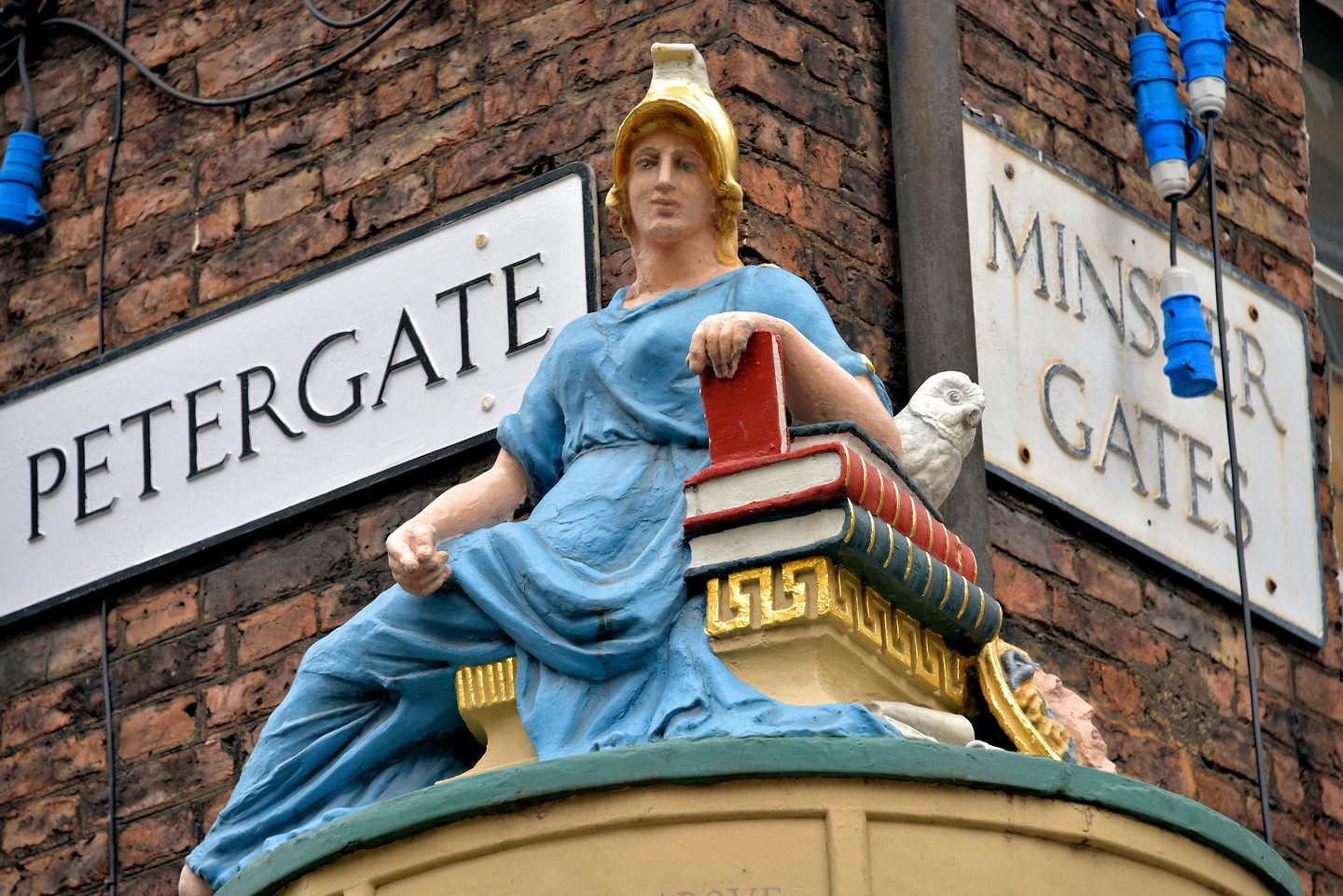 Minerva was the daughter of Jupiter and the Roman goddess of drama and the arts. This 1801 sculpture by John Wolstenholme portrays her with a white owl, a symbol of her wisdom. Her left arm rests on books. This is a tribute to John Foster’s former store. The bookseller occupied this intersection of Petergate and Minster Gates from 1580 until 1607. The street is better known as Stonegate. Beneath it is an ancient road called Roman Via Praetoria.