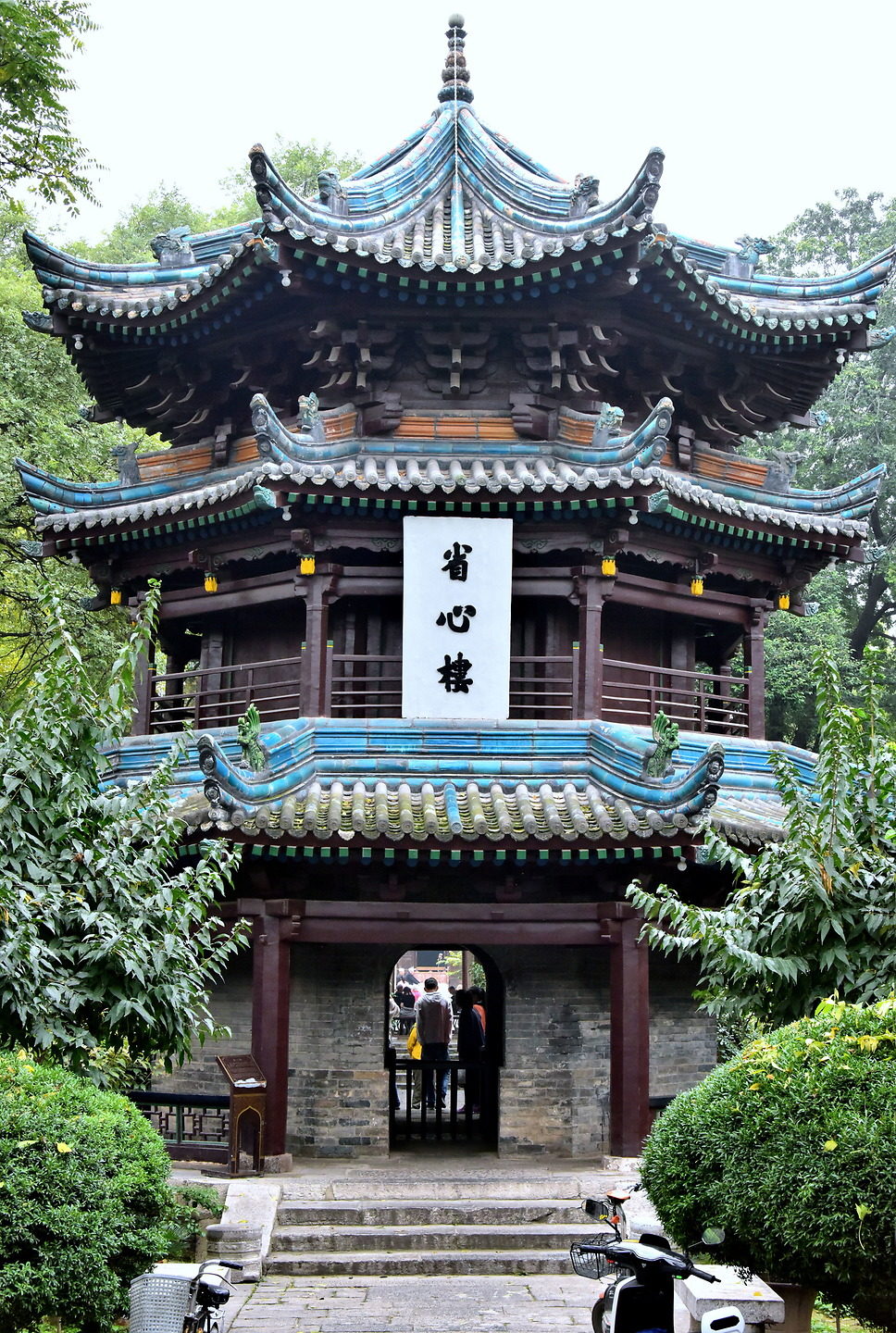 A common feature in every mosque is a minaret. The Great Mosque of Xi’an is no exception. However, the Examining the Heart Tower is considerably shorter than a typical minaret. Another difference is the three-tier pagoda shape versus the traditional slender tower. Shengxinlou (Chinese name) is in the third courtyard named the Place of Meditation. The minaret is sometimes called the Pavilion for Introspection (Xing Xin Ting).