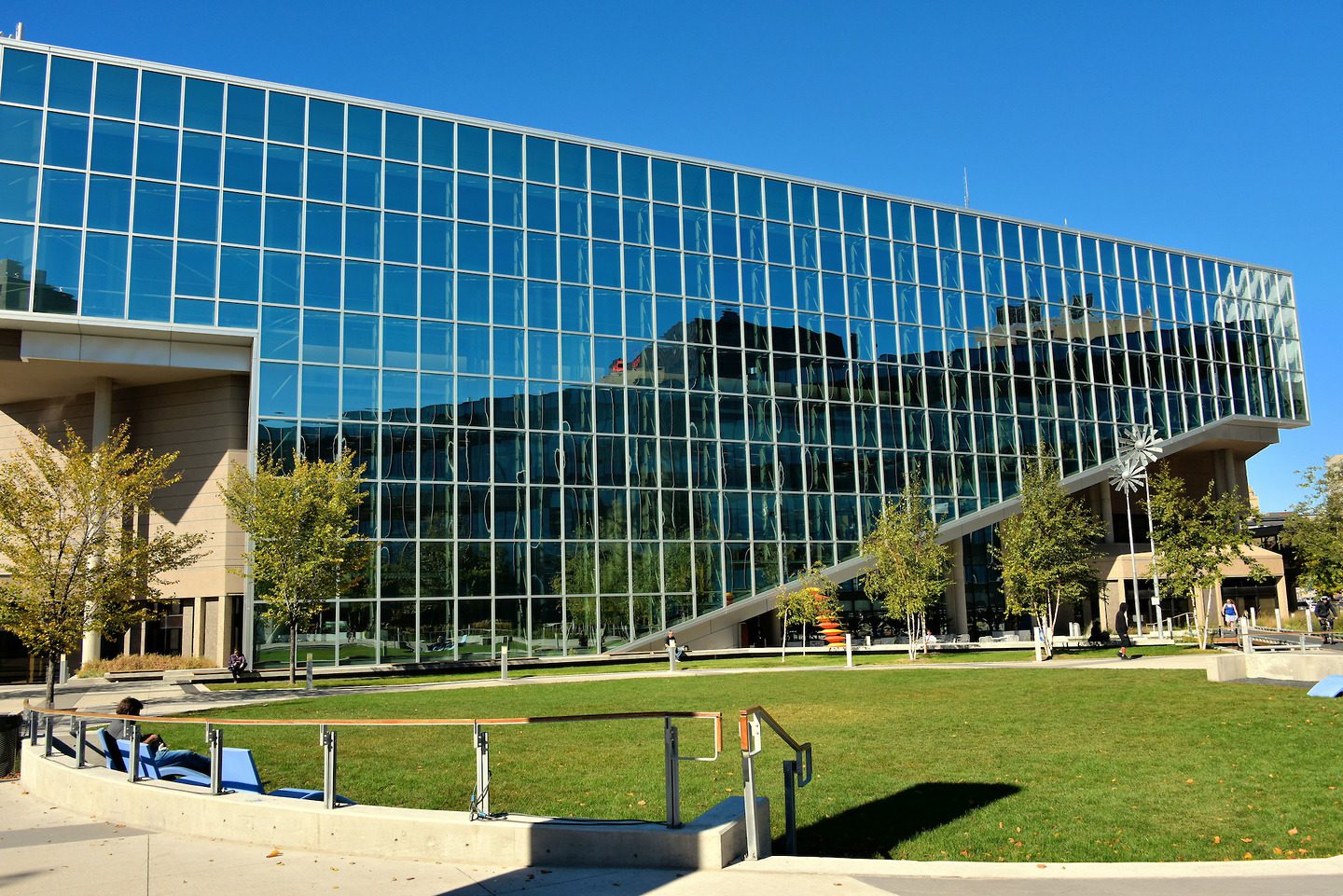 Winnipeg’s public library system was founded in 1905. The institution has grown into 20 branches with an annual circulation of over 5.5 million. This handsome glass facility was called the Centennial Library when it opened downtown in 1977. In 2005, it was beautified and expanded during an extensive renovation. Now this main branch, which has nearly 190,000 square feet, is called the Millennium Public Library. In the foreground is the Millennium Library Park. It was opened in 2012.