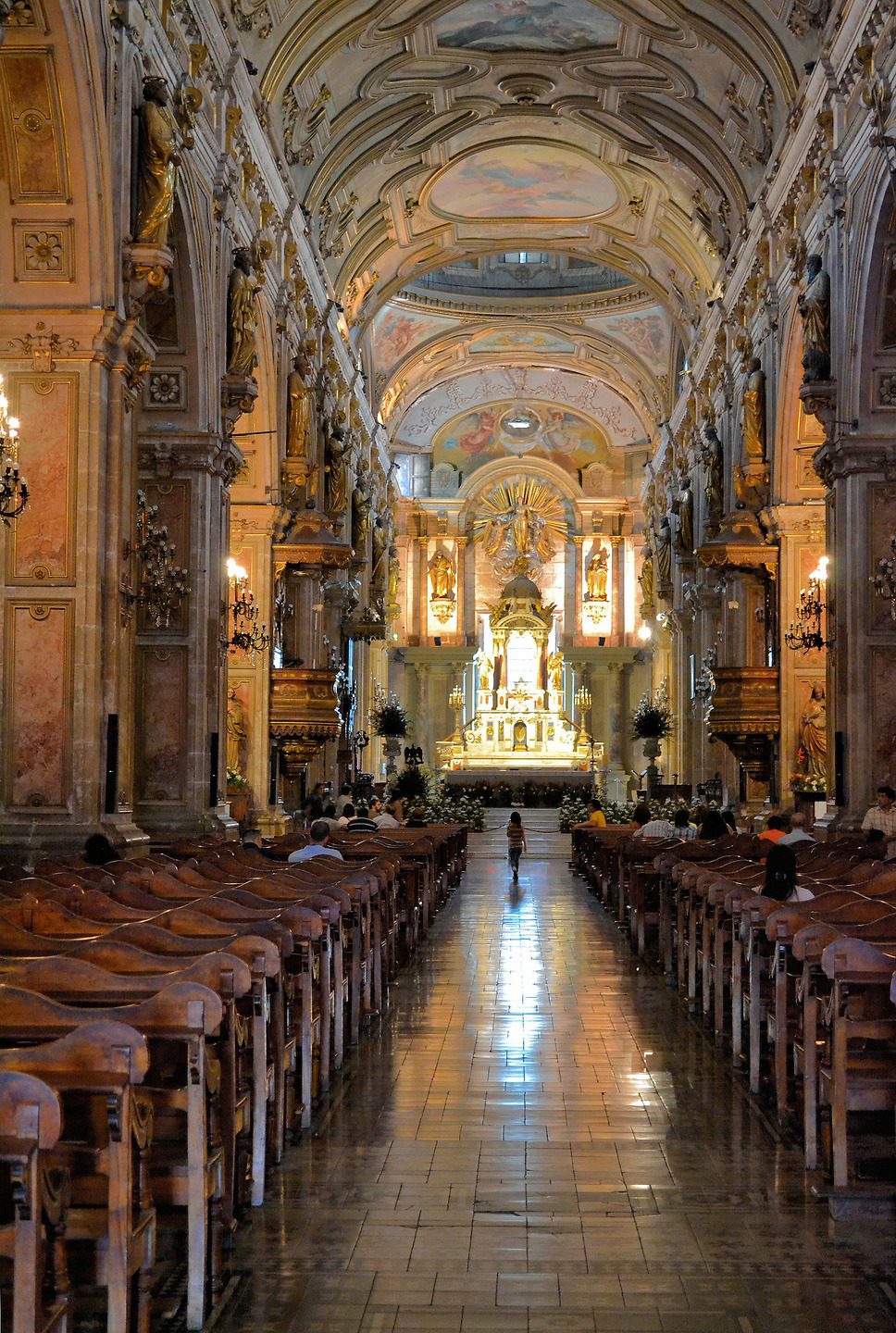 Santiago’s first cathedral located on Plaza de Armas dates back to 1561. The current Catedral Metropolitana de Santiago is the fifth iteration. Bavarian Jesuits commissioned Antonio Acuña to begin construction in 1745. Several other architects influenced its design before the Metropolitan Cathedral was finished in 1830. The Baroque interior has domes with stained glass windows and an ornate molded ceiling graced with frescos. Surrounding the central nave are columned arches. Each supports a chandelier and is flanked by religious statues of prophets and the Apostles. In front of the wooden pews is a German-made marble altar built in 1912. It features a sculpture of the Ascension of the Virgin Mary. The cathedral was named a National Monument in 1951.