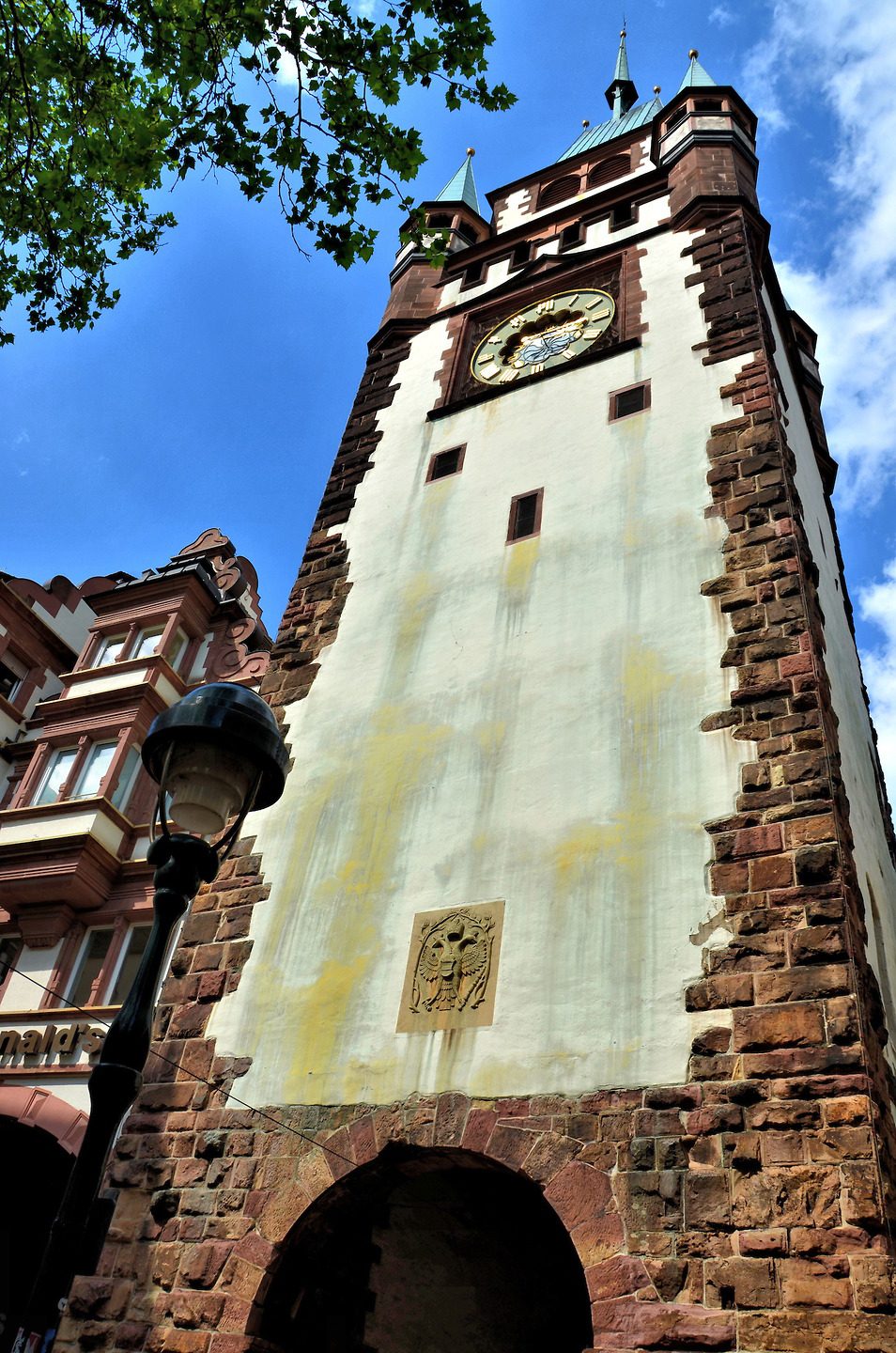 In German, the word “burg” means fortified town and the Martinstor is one of two gates that protected Freiburg im Breisgau during medieval times. When it was built around 1238, it was called Porta Sancti Martini which translates into the Latin Gate of the Holy Martin. The tower stands almost 200 feet tall and the arch below still acts as an entry into the old town.