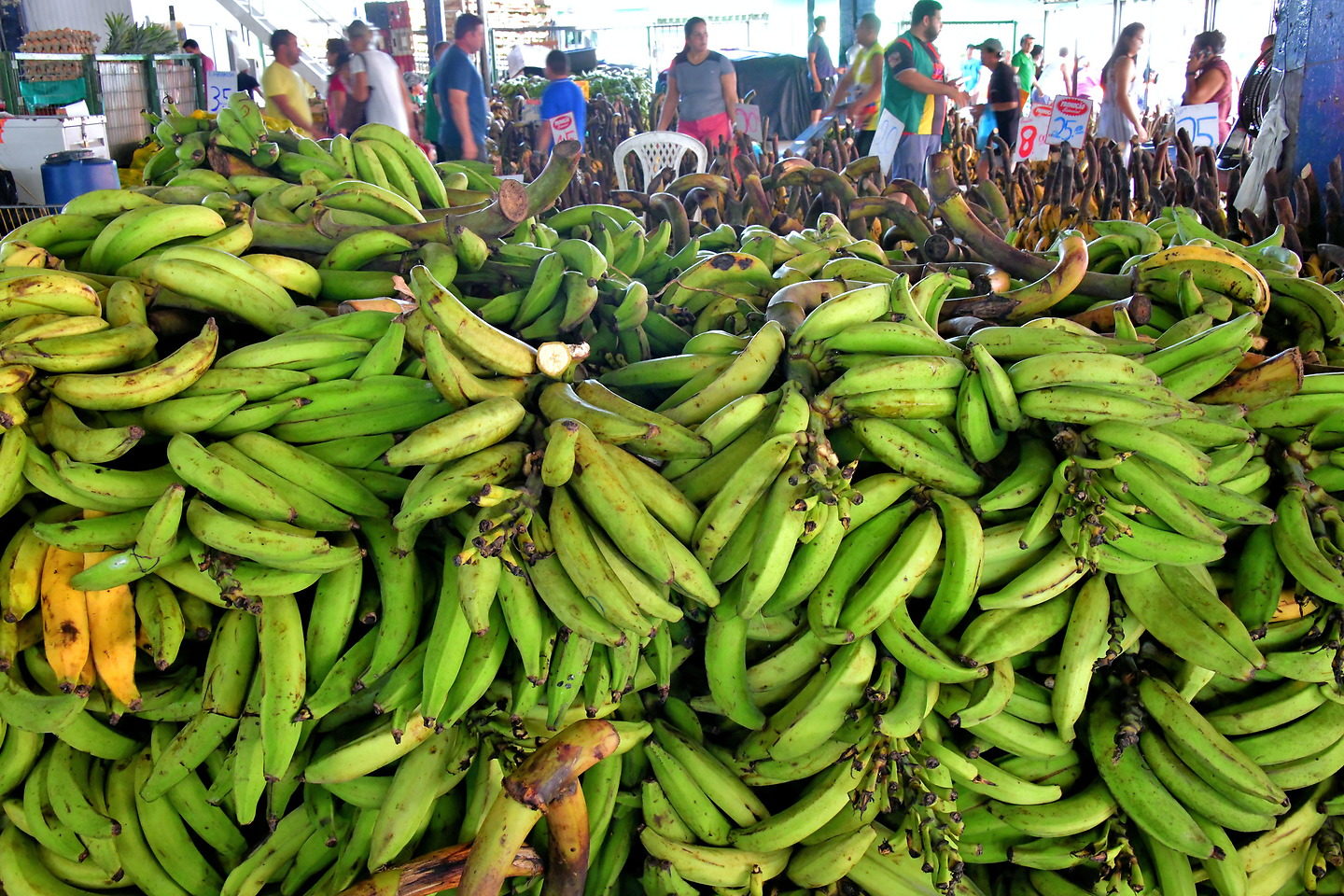 Bananas are not indigenous to Brazil. Since they were imported by the Portuguese in the 16th century, the crop has flourished. Brazil is now the second-largest producer in the world. Manaus has a dedicated marketplace for bananas. Its name Feira da Banana means banana fair. It is fun watching huge stems of the fruit being thrown off trucks into the waiting hands of workers who stack them high in the aisles. 50,000 bunches of bananas arrive every day. Approximately 85% of the region’s crop are sold here each year.