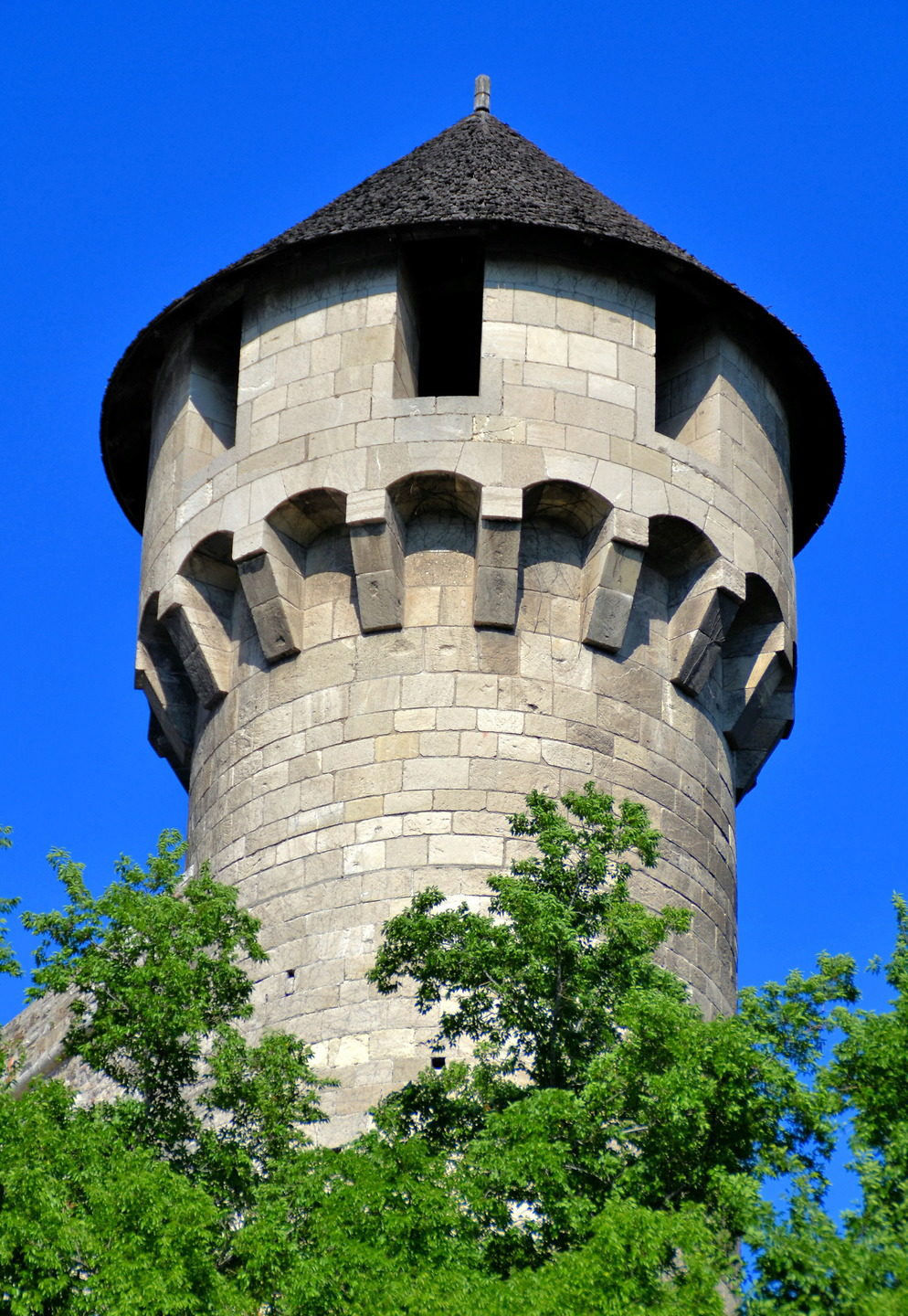 Mace Tower (Buzogánytorony) is located along the southern wall of Buda Castle near the Ferdinand Gate. The fortification was constructed in the 14th century during the reign of King Louis I of Hungary (1342 – 1382). Most of the medieval palace was destroyed in 1686 during the Battle of Buda when the Holy League (also called the Christian forces) attacked the Ottoman Empire. This tower, along with several other sections of Buda Castle, was rebuilt during a major reconstruction in the 1950s and 1960s.