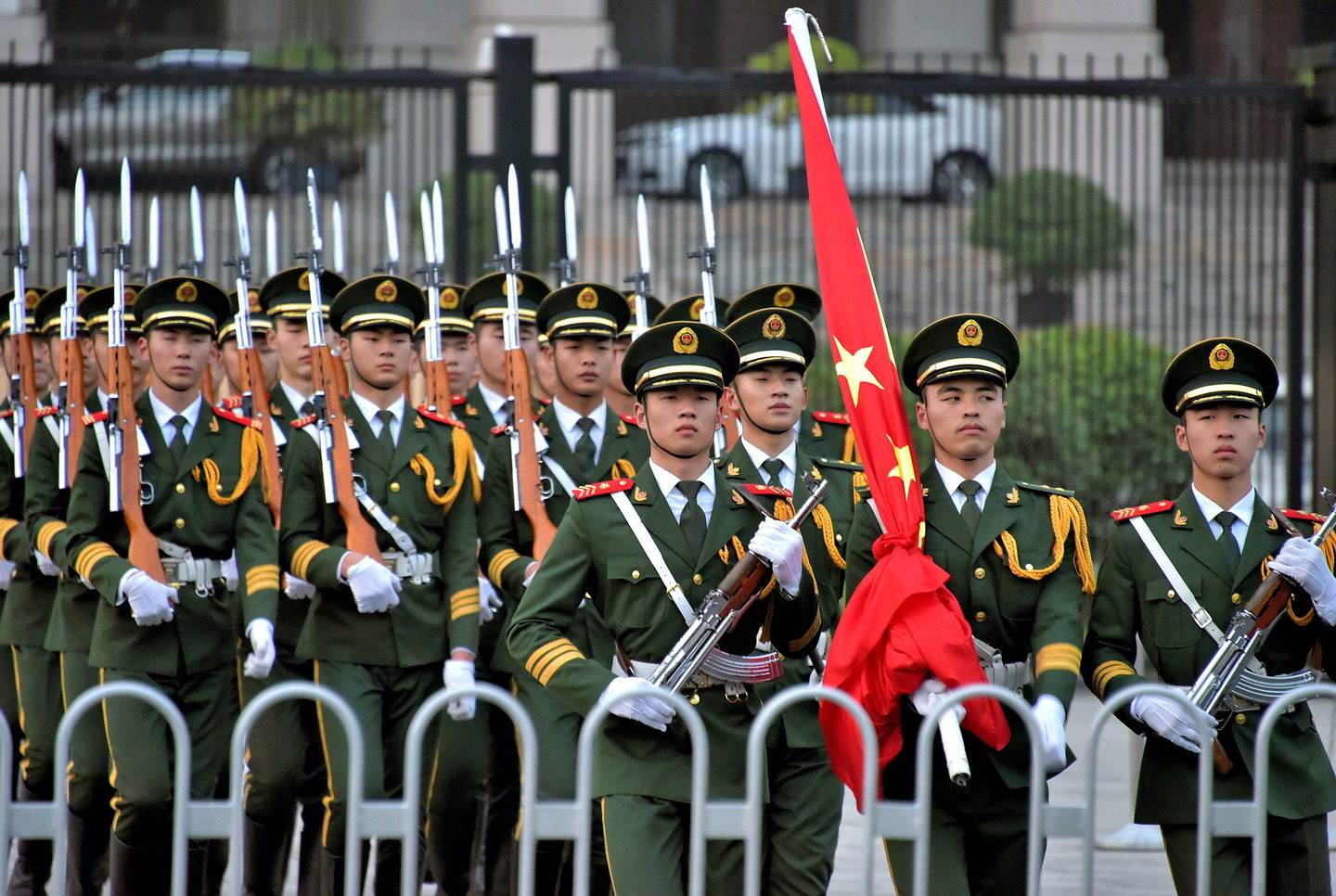 An unpublicized event worth attending near sunset is the lower of the flag at the Shaanxi Provincial Government Building. It is engaging watching the stern-faced, highly-disciplined honor guard of the People’s Liberation Army as they march in strict formation. Xi’an is the capital city of Shaanxi Province. Approximately 37 million people live within the province’s 79,151 square miles. The governor is the highest-ranking officer of the People’s Government of Shaanxi. Across the street from the provincial building is Xincheng Square. This is a delightful park catering to families with children.