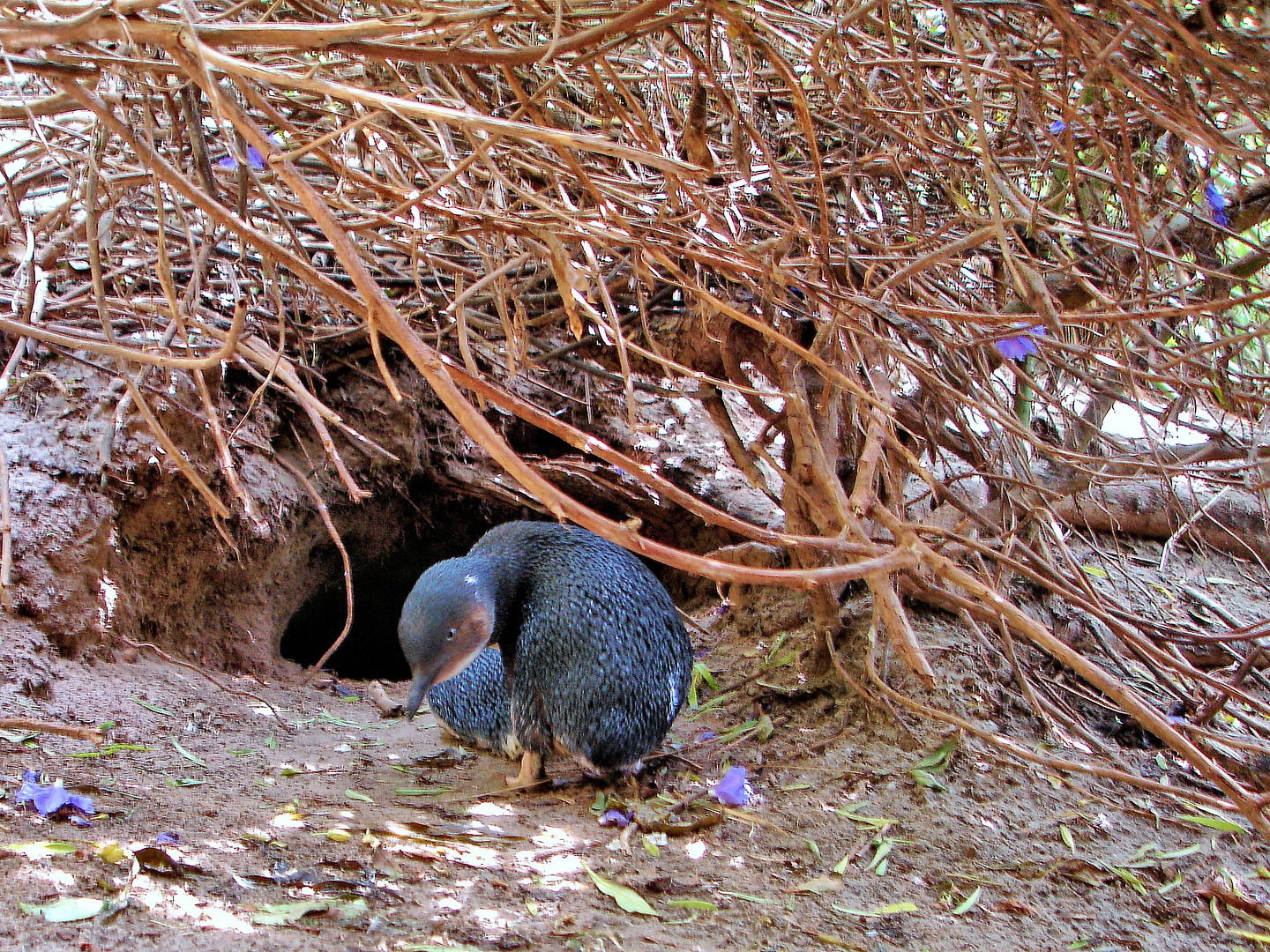 The world’s tiniest penguins are blue, short and adorable. Adult little blue penguins stand about 13 inches and weigh two to three pounds. They are indigenous to the coastlines of New Zealand and southern Australia. The Aussies call them fairy penguins and the Māori name is kororā. Increasingly, the eudyptula minor are breeding on offshore islets to escape predators and human disturbances. Both have caused a significant drop in their population. The flightless birds typically nest in sheltered, underground burrows near the sea. They will also reside in rock crevices and manmade nesting boxes. One of New Zealand’s largest colonies is in Oamaru along the eastern coast of the South Island. An excellent place to see little blue penguins waddle ashore at dusk is at the tourist site called Oamaru Blue Penguin Colony.