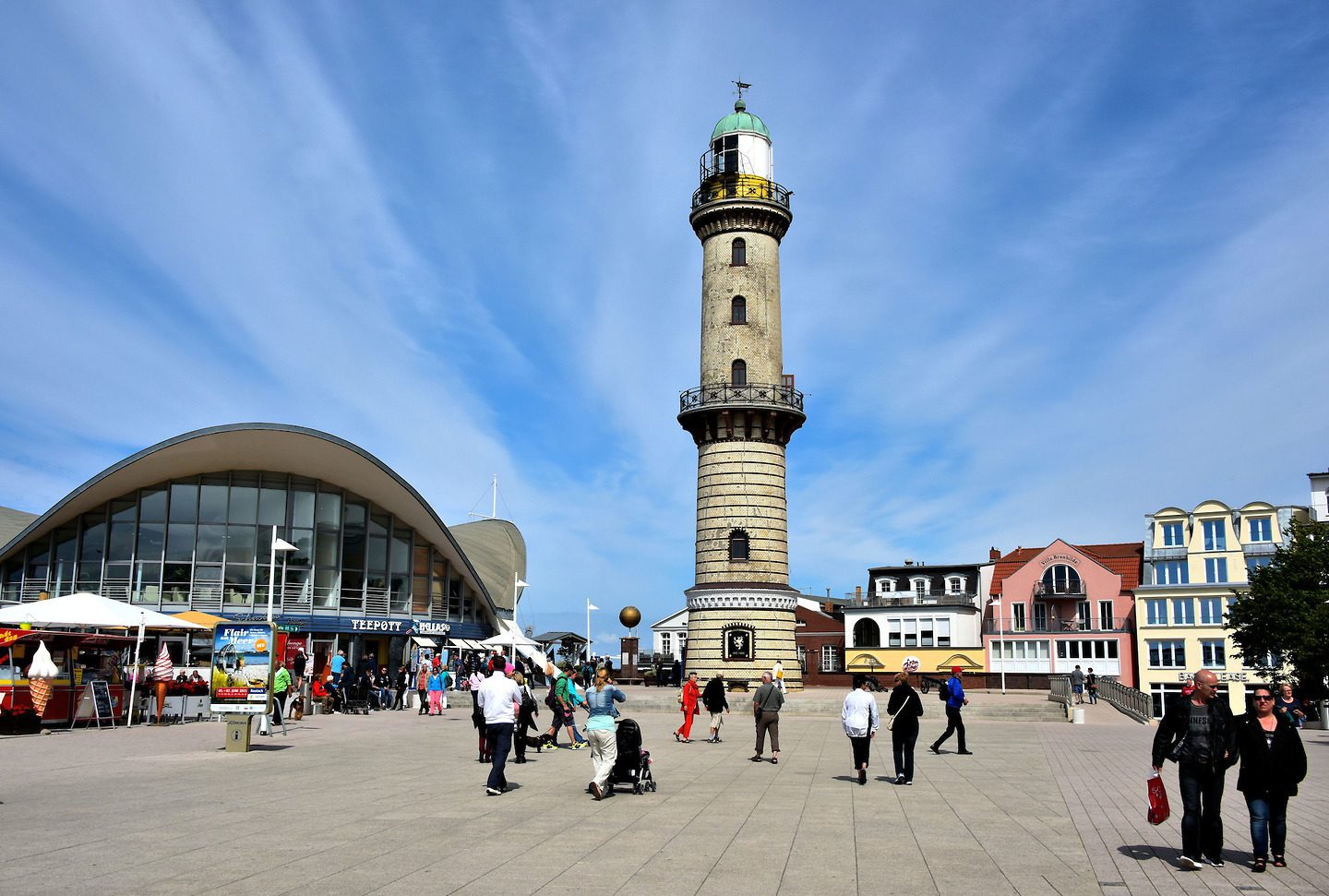 The two famous landmarks in Warnemünde stand side-by-side along the Seepromenade pedestrian walkway parallel to the Baltic Sea. After getting a bite to eat in the uniquely shaped Teepott, consider exploring the lighthouse. Guided tours are conducted by volunteers from the Warnemünder Lighthouse Society. If this light looks vaguely familiar, then you probably saw the marketing material for the 2010 movie Shutter Island starring Leonardo DiCaprio.