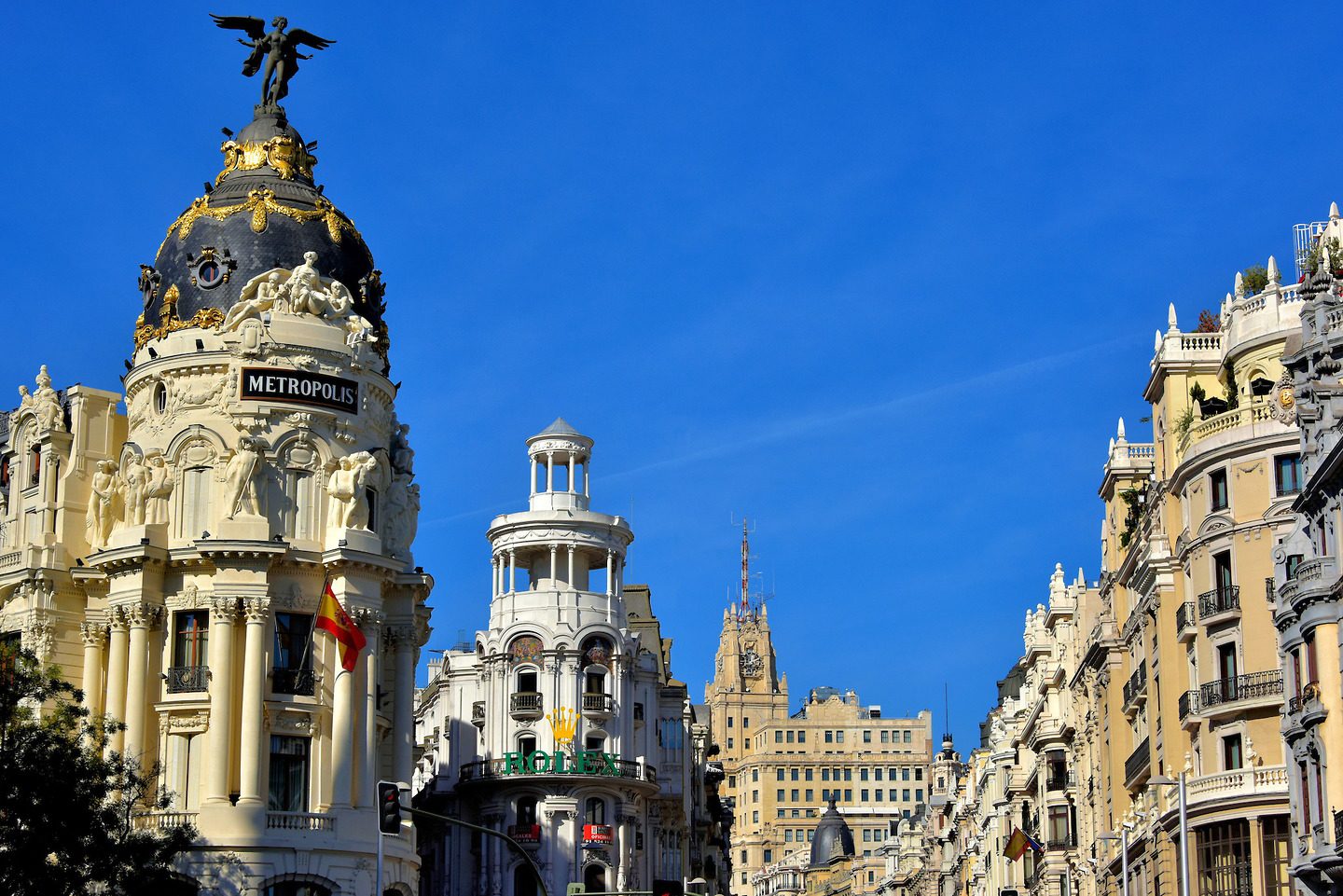 The Gran Via has cut a path through central Madrid since its completion in 1929. The boulevard stretches from Plaza de España in the west to this intersection of Calle Alcalá in the east. Along this street – called the Grand Way by some and the Spanish Broadway by others – are shops, restaurants, hotels, apartments and city landmarks. On the left is the Metropolis Building. Edificio Metrópolis was designed by Jules and Raymond Février and constructed in 1901 for an insurance company, La Unión y el Fénix. At the dome’s pinnacle is the winged goddess Victoria. Next to it with the Rolex sign is Edificio Grassy. This 1917 building by architect Eladio Laredo houses the premium retailer Grassy Jewelry plus a clock museum. In the middle is Telefónica Headquarters, Europe’s first skyscraper when it opened in 1929.