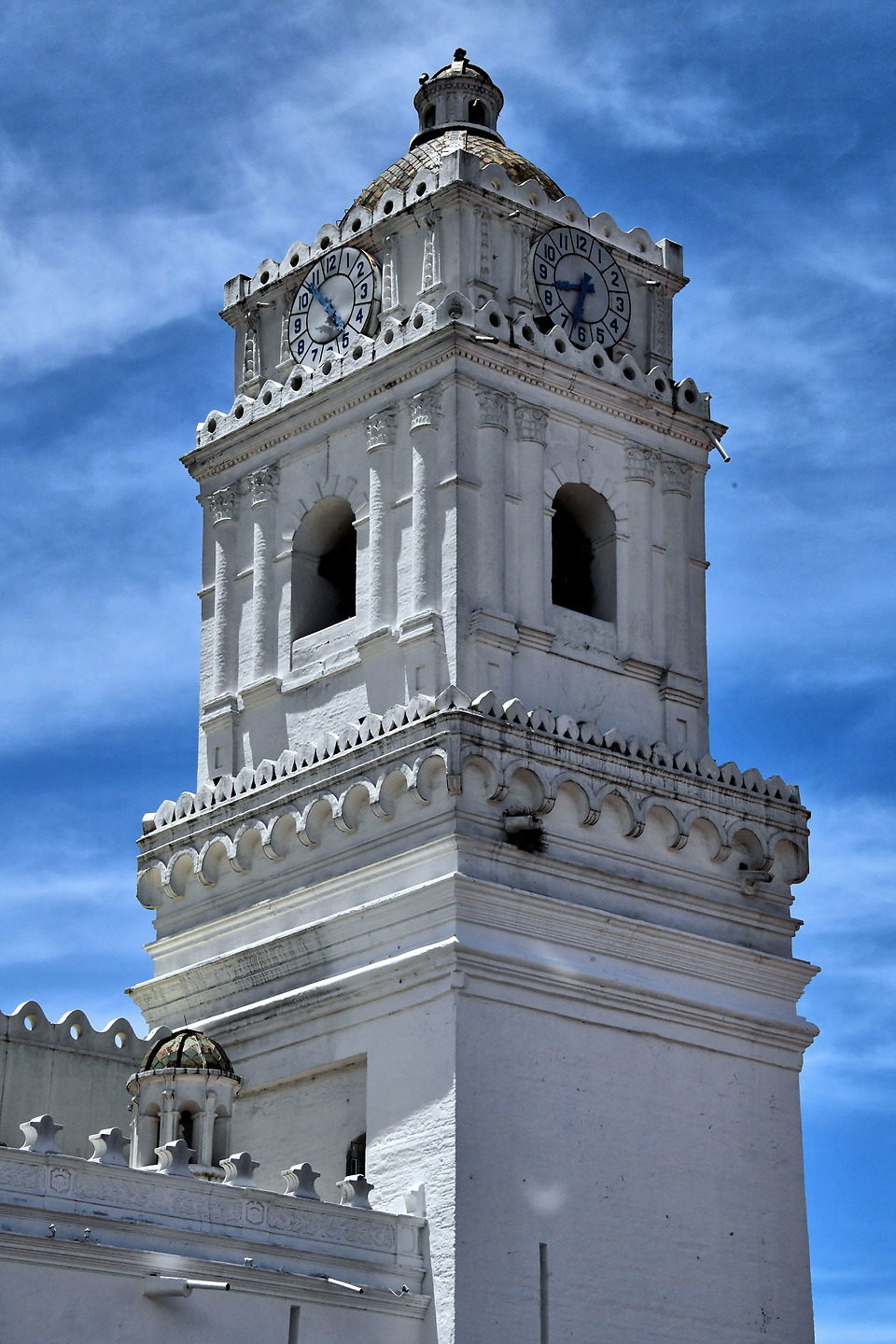 The Order of the Blessed Virgin of Mercy was founded in Barcelona in 1218. As the Spanish began conquering and colonizing the Americas during the 16th century, the Order of Mercedarians followed close behind to establish monasteries. In fact, they were often on the ships of the Spanish conquistadors. The Mercedarian friars built their first church in Quito in 1538. After an earthquake in 1660, La Merced church was rebuilt in 1747. At the summit of the white clock tower is a tiled dome and cupula. On the gilded altar designed by Bernardo de Legarda is a statute of Our Lady of Mercy carved from stone in 1751. The religious icon is said to be the protector of Quito from earthquakes. The church also has a museum of religious artifacts. Entrance is free.