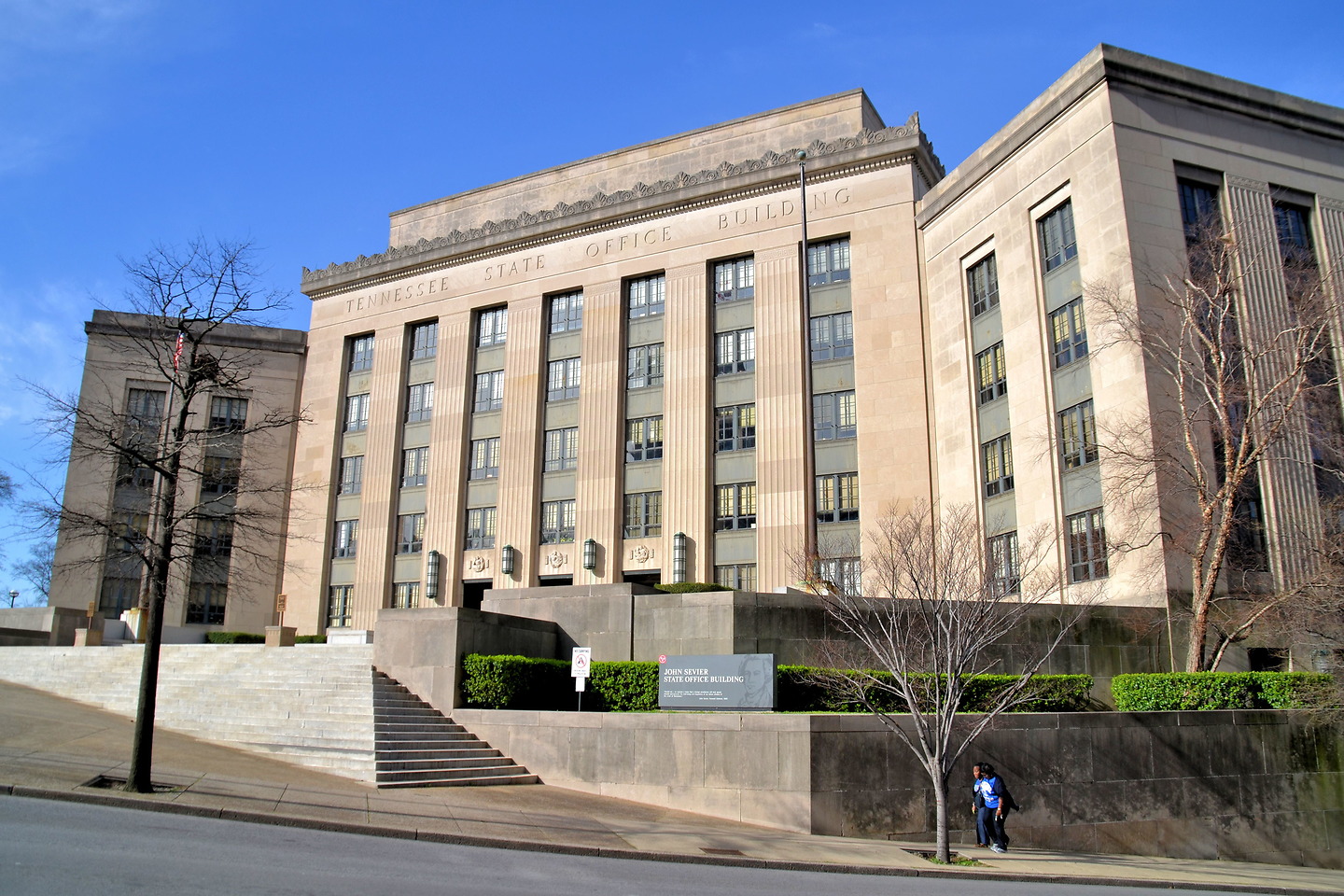 The Art Deco design of the John Sevier State Office Building was created by architect Emmons H. Woolwine and opened in 1940. The building’s namesake is John Sevier. He was the first and only governor of the state of Franklin from 1785 until 1788. This section of land from North Carolina sought yet failed recognition as a state. Sevier then became a founder of Tennessee and became its first governor in 1796. He later served three terms in the U.S. House of Representatives.