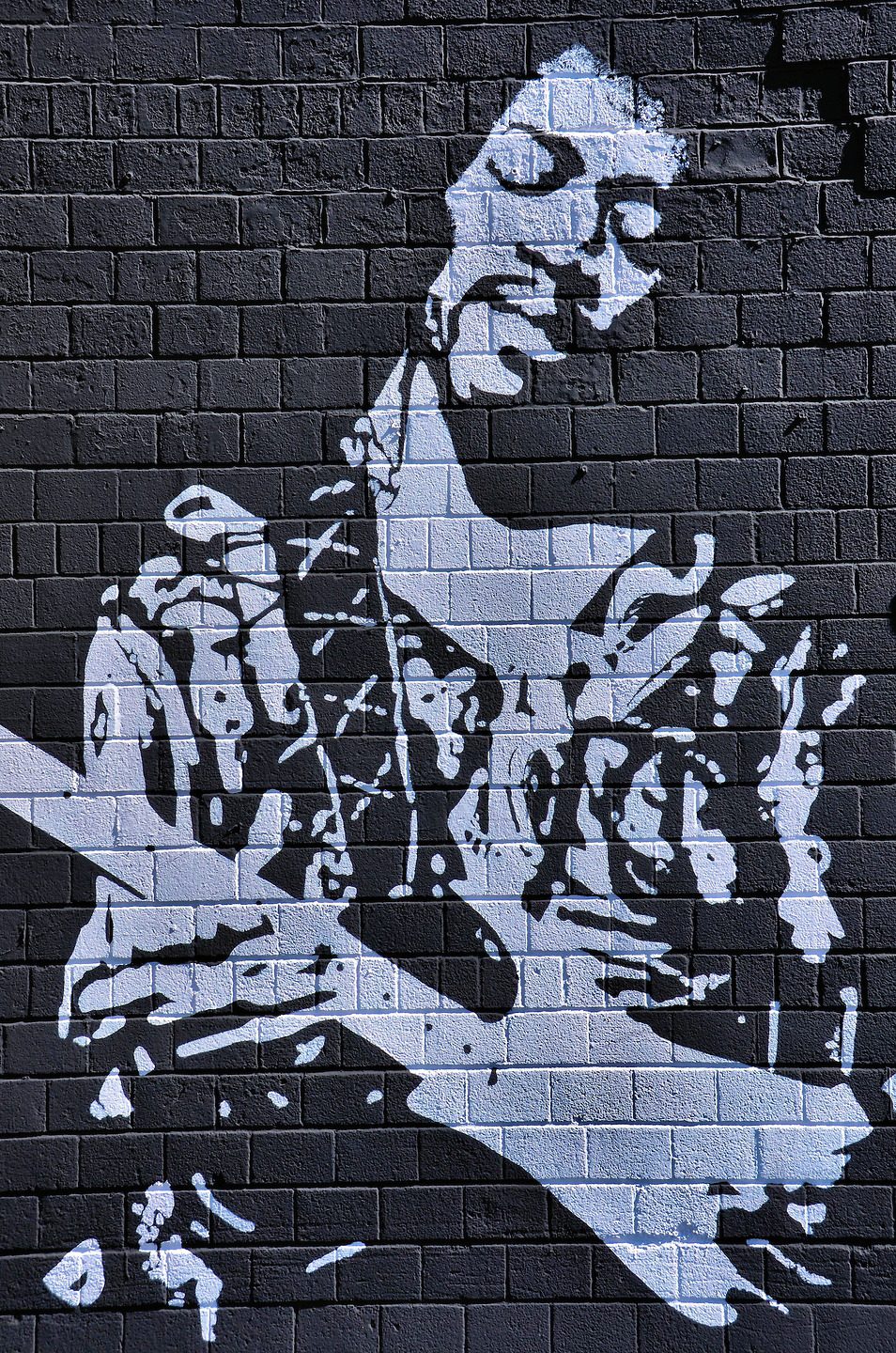 In 1966, Jimi Hendrix was discovered by the girlfriend of Keith Richards from the Rolling Stones. She helped to launch his short yet impactful career as the Jimi Hendrix Experience. He was also promoted by Paul McCartney. By the time he played at Woodstock in 1969, he was one the highest paid rock musicians. About a year later, he died at the age of 27 from an overdose of sleeping pills. This wall mural on the side of the Omega Music Store in Dayton, Ohio, is similar to the Stockholm 67 CD album cover.