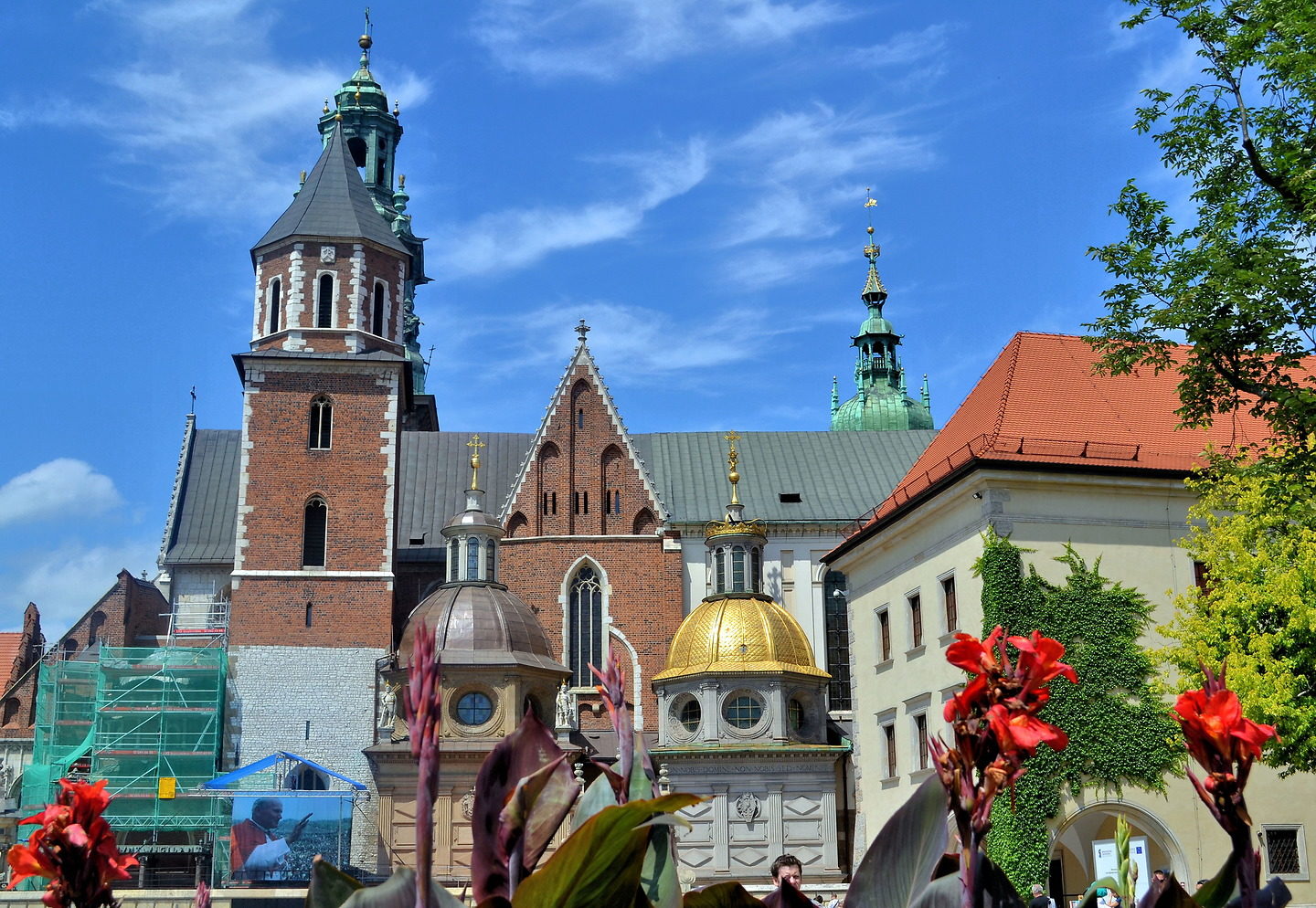 Almost immediately after Kraków was designated as a diocese in 1000 AD, the first cathedral was built on Wawel Hill. It was replaced with a stone basilica in 1142. Some of the 12th century structure still exists. After a significant fire in 1305, nearly 60 years of construction resulted in the current Wawel Cathedral. This magnificent Gothic edifice evolved for the next 300 years until 19 chapels were added. For centuries, kings commissioned a new chapel at the start of their reign to be their mausoleum. In total, 45 Polish rulers are interred here plus bishops and national heroes. The sarcophaguses and interior were beautified by master artists and sculptors. Marble, stained glass and gold abound. Starting in 1037, nearly every Polish monarch was coronated in the cathedral. This is also where Father Karol Wojtyła said his first mass in 1946. Then, he served at Wawel Cathedral while Archbishop of Kraków from 1963 until he became Pope John Paul II in 1978.