Parintins on Amazon, Brazil
Next 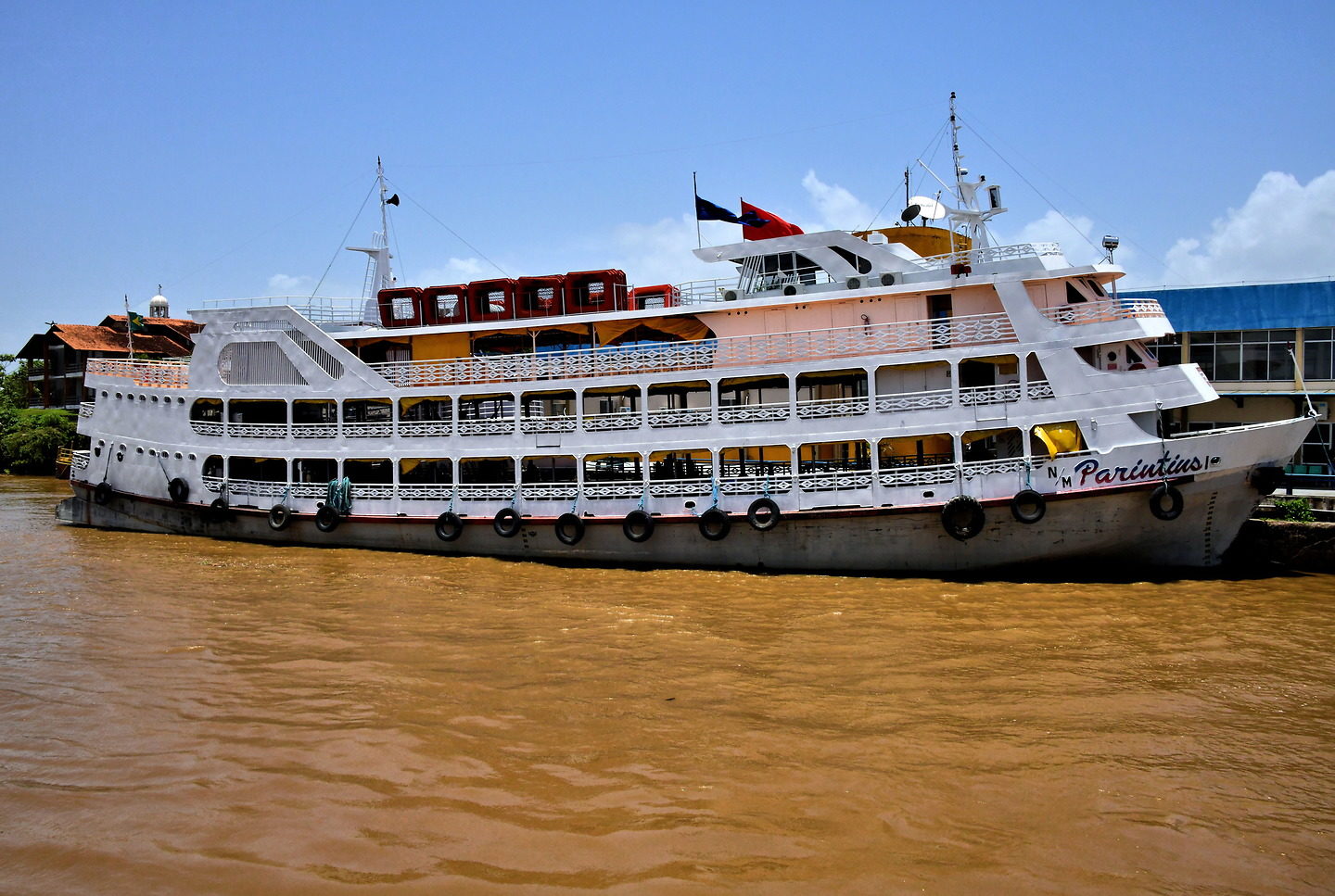 Parintins is the second largest city in the Brazilian state of Amazonas with a population just over 100,000 residents. The municipality is located on Tupinambarana. This cluster of four islands are defined by the Madeira, Sucunduri, and Abacaxis rivers as they flow into the Amazon. The port is about 900 miles upstream from the Atlantic Ocean and 230 miles east of Manaus, the state’s capital. No roads lead to Parintins … literally. The only ways to reach Parintins are by air or water. Sightseeing boats provide tours around the islands and the Amazon River. Riverboats such as this one are ferries for people living along the rivers and for connections between cities.