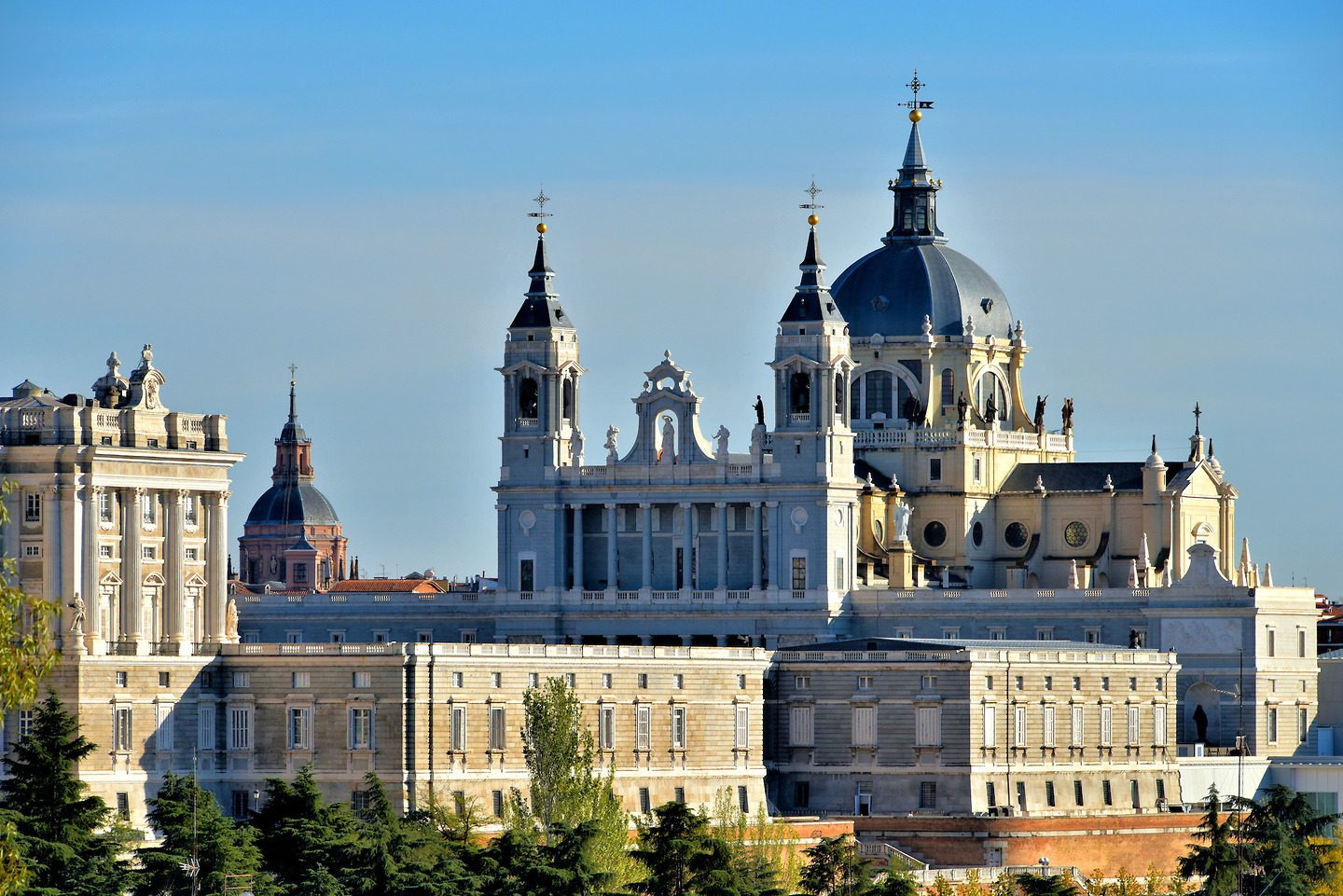 Since it was founded during the 9th century, Madrid has grown into Western Europe’s third largest city with a population of 6.5 million people. It became Spain’s capitol city in 1562 and quickly evolved into a world leader through the end of the 18th century. The city offers a wonderful blend of modern achievements coinciding with the preservation of historic landmarks. Two examples are (on the left) the Royal Palace of Madrid, built in 1755. The former residence of the Royal Family stands side-by-side with the Almudena Cathedral (on the right) constructed in 1993.