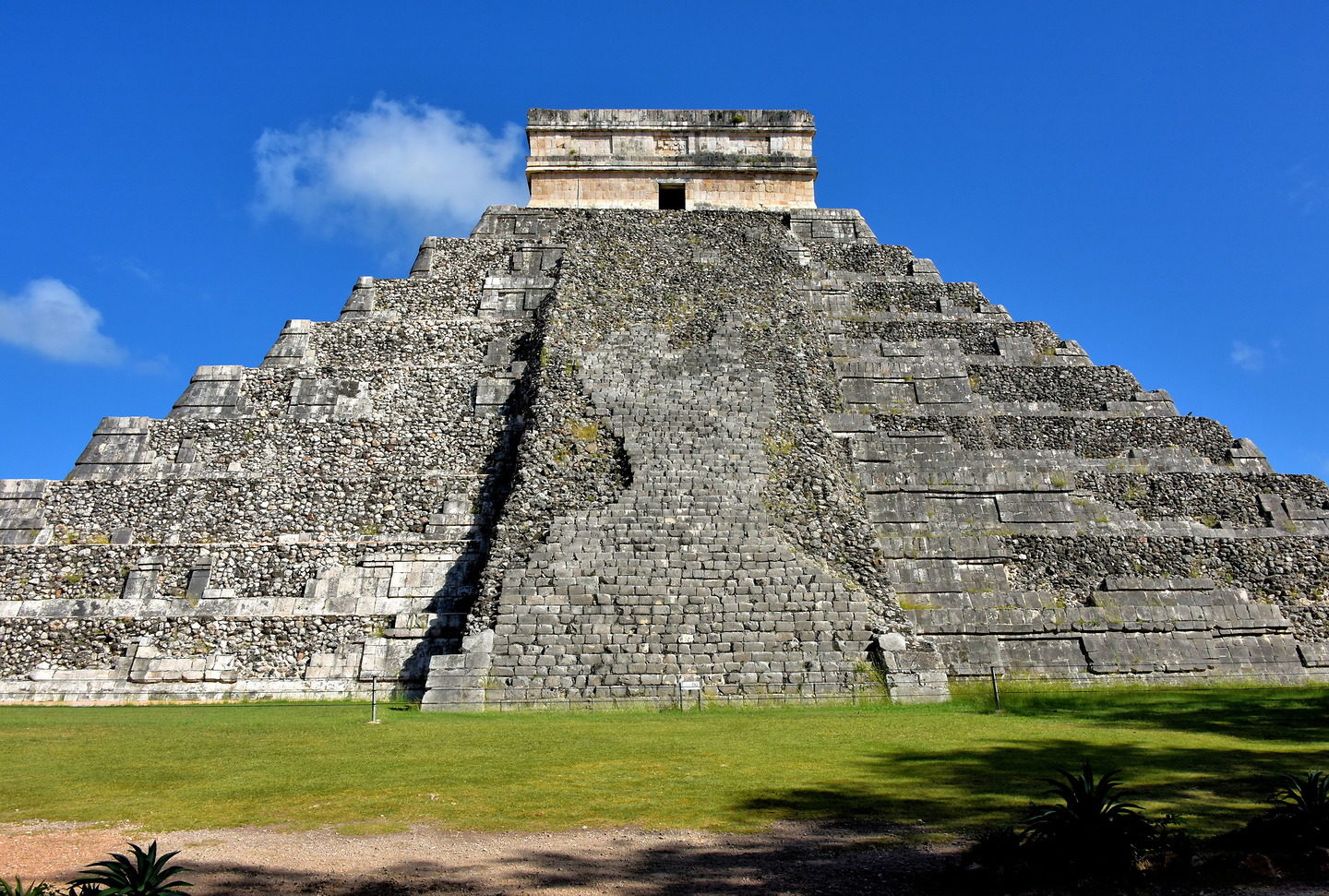 Chichen Itza is the most famous of the nearly 4,400 Mayan ruins across Mesoamerica. The ancient city began in the 7th century during the Late Classic period. Within three hundred years, it expanded to about 15 square miles and had a peak population of 300,000. For the next 200 years, Chichen Itza was influenced by the Itza civilization. After they were outcast in 1221, the site was mostly abandoned. Today, less than one third of the acreage has been excavated. Despite the remote location on the Yucatán Peninsula (about a 2.5 hour drive from Cancun), Chichen Itza is a major tourist attraction. One look at the iconic El Castillo shows why these Mayan ruins have been designated as a UNESCO World Heritage Site. This pride of Mexico is also among the New Seven Wonders of the World.