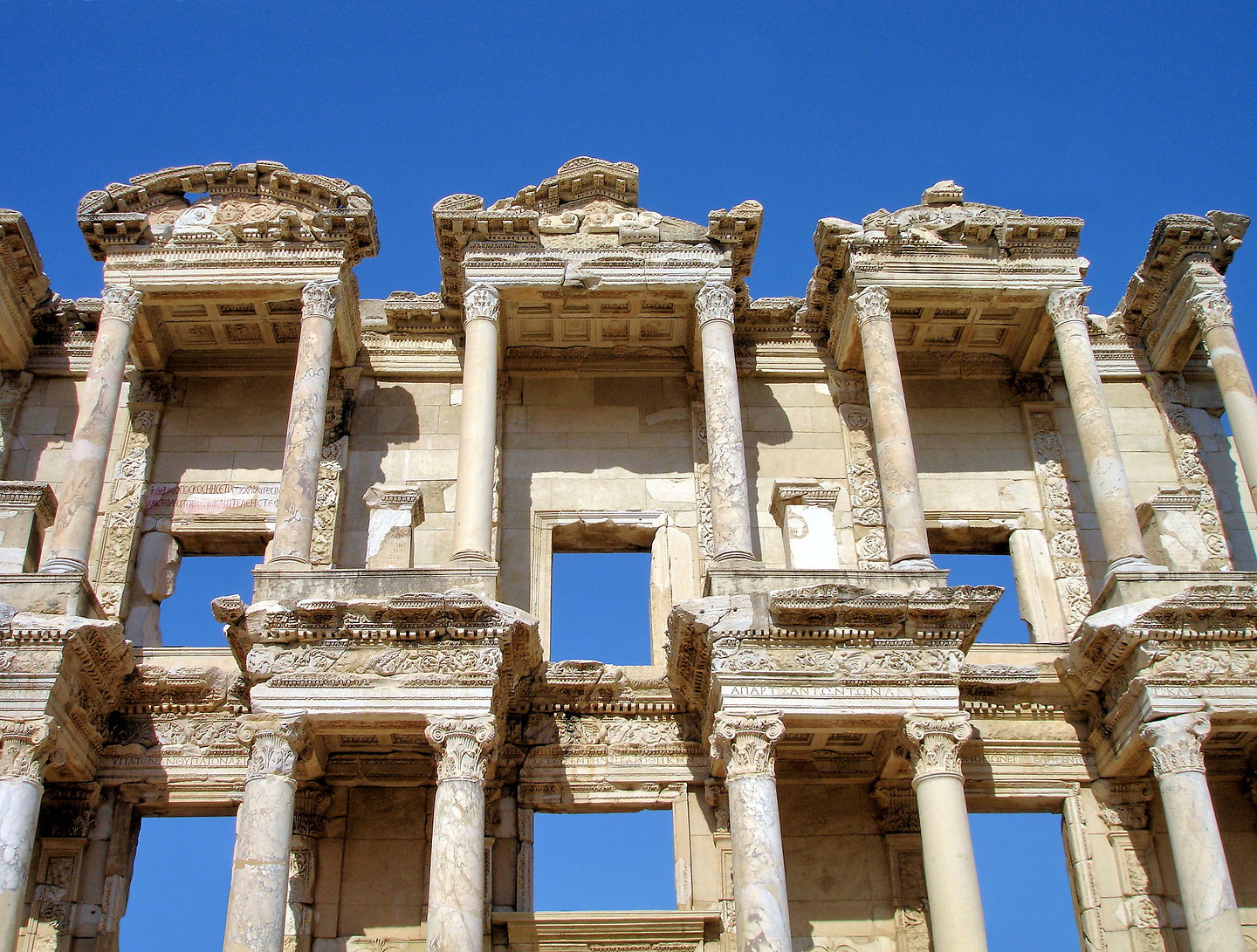 Two thousand years ago, Ephesus was the largest port on the Aegean Sea and the primary trade link between the Mediterranean and Asia. It was also the Roman capital of Asia Minor, second only to Rome in size and prestige. The city glistened with grand architecture, monuments to emperors and gods plus roads all built with marble. There were lavish bathhouses, theaters and marketplaces. Three Apostles and the Virgin Mary lived here. The largest temple was among the Seven Wonders of the Ancient World. Ephesus epitomized Roman riches and world dominance at the apex of success. Now, everything is in ruins like this Library of Celsus. But Ephesus remains a fascinating window into ancient history. You will be thrilled during your visit to this UNESCO World Heritage Site.