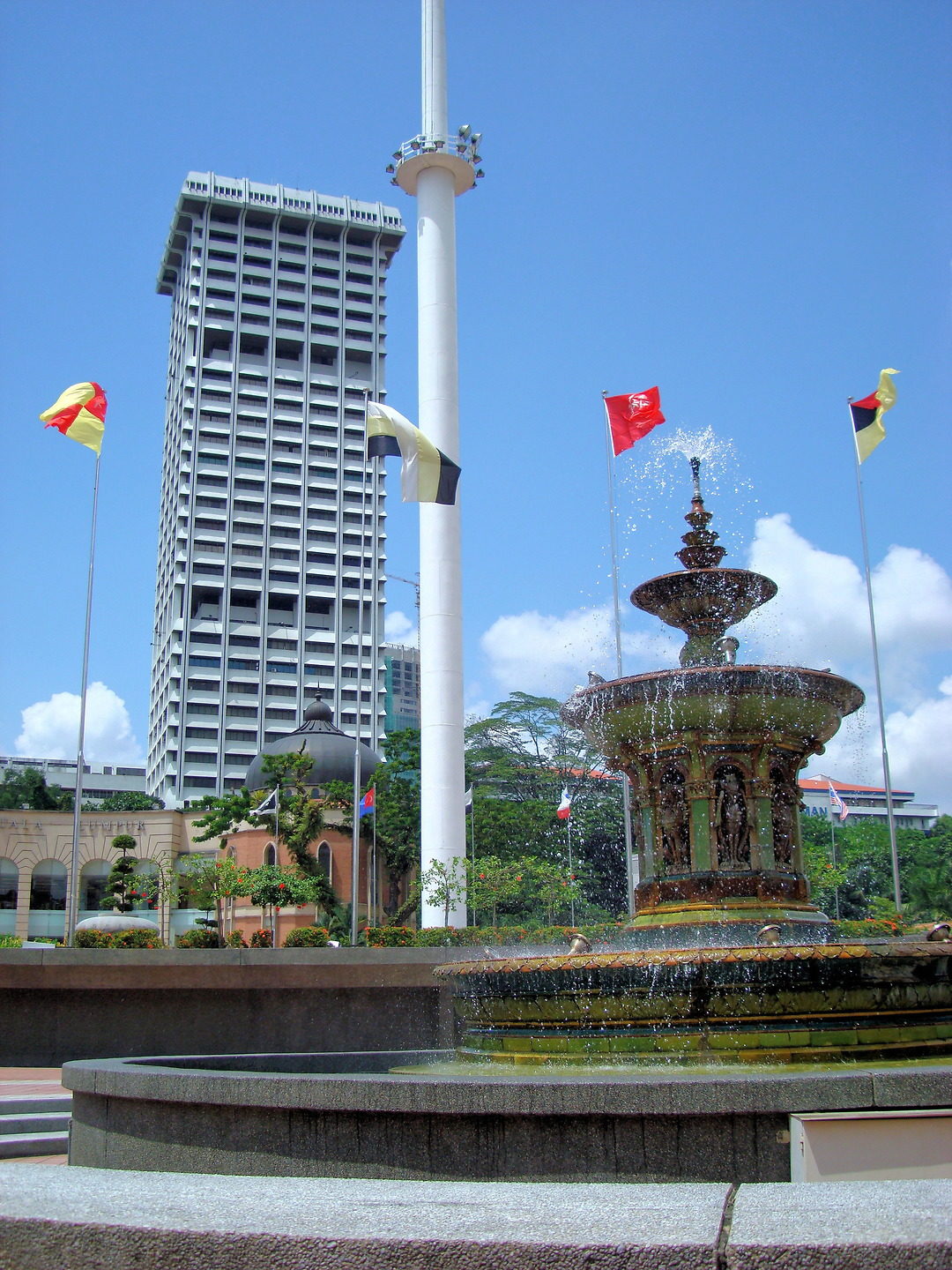 Merdeka Square is at the heart of Kuala Lumpur. Prior to 1880, this land west of the Klang River was a marsh. Within 20 years, the British built a police office, their government administration complex (Sultan Abdul Samad Building), St. Mary’s Cathedral and the Royal Selangor Club. In the center was a cricket field called Padang. All of these heritage structures still encircle the 656 foot greenspace. It was renamed Dataran Merdeka (Independence Square) after the country’s declaration of independence was announced here. On August 31, 1957, the first Malaysian flag was raised near the current 328 foot flagpole. Also at the south end of the square is the Horse Fountain, erected in 1897. The high-rise in the background is the headquarters for the Royal Malaysia Police.