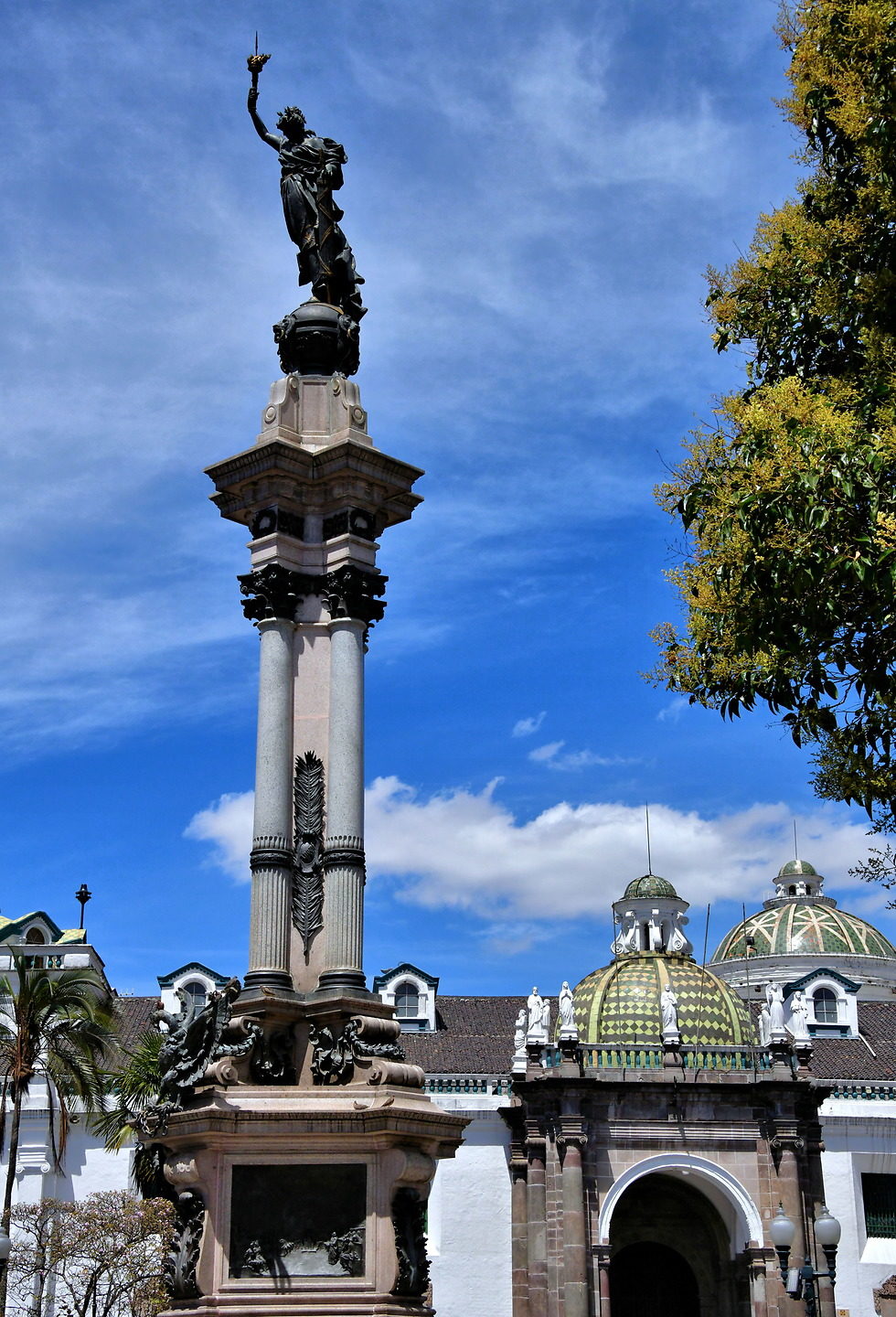 A military clash ensued from 1820 until 1822 between the Royal Audience of Quito, an administrative government unit, and the Spanish Empire. The Ecuadorian War of Independence ended on May, 1822, at the Battle of Pichincha on the hill overlooking the city of Quito. In honor of the Heroes de la Independecia, this obelisk was erected in the center of La Grande Plaza in 1906. The sculpture holding a torch was created by Francisco Durini Cáceres. The memorial was commissioned by Ecuadorian President Eloy Alfaro. The presence of this monument is why Plaza Grande is often called Independence Square.