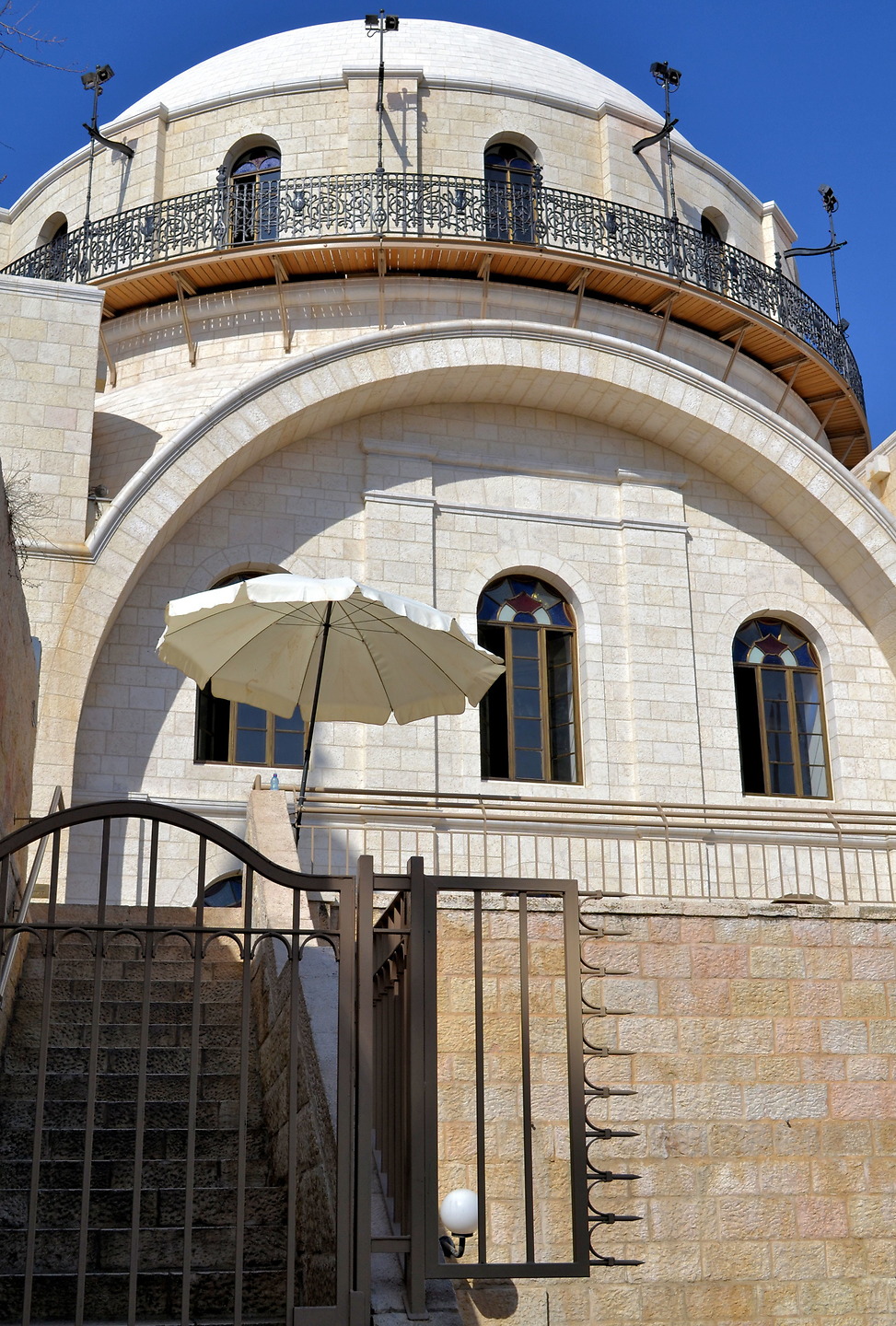 Hurva Synagogue is in the center of the Jewish Quarter. The name means The Ruin. This stems from a 15th century synagogue on this site that was destroyed by the Ottomans in 1720. An 1864 replacement was similarly crushed during the Arab–Israeli War in 1948. This new Hurva Synagogue was designed with a Neo-Byzantine style by architect Nahum Meltzer. The opening in 2010 was criticized by Palestinians and Jordanians. The modern, glistening structure shines like a beacon in the Old City.