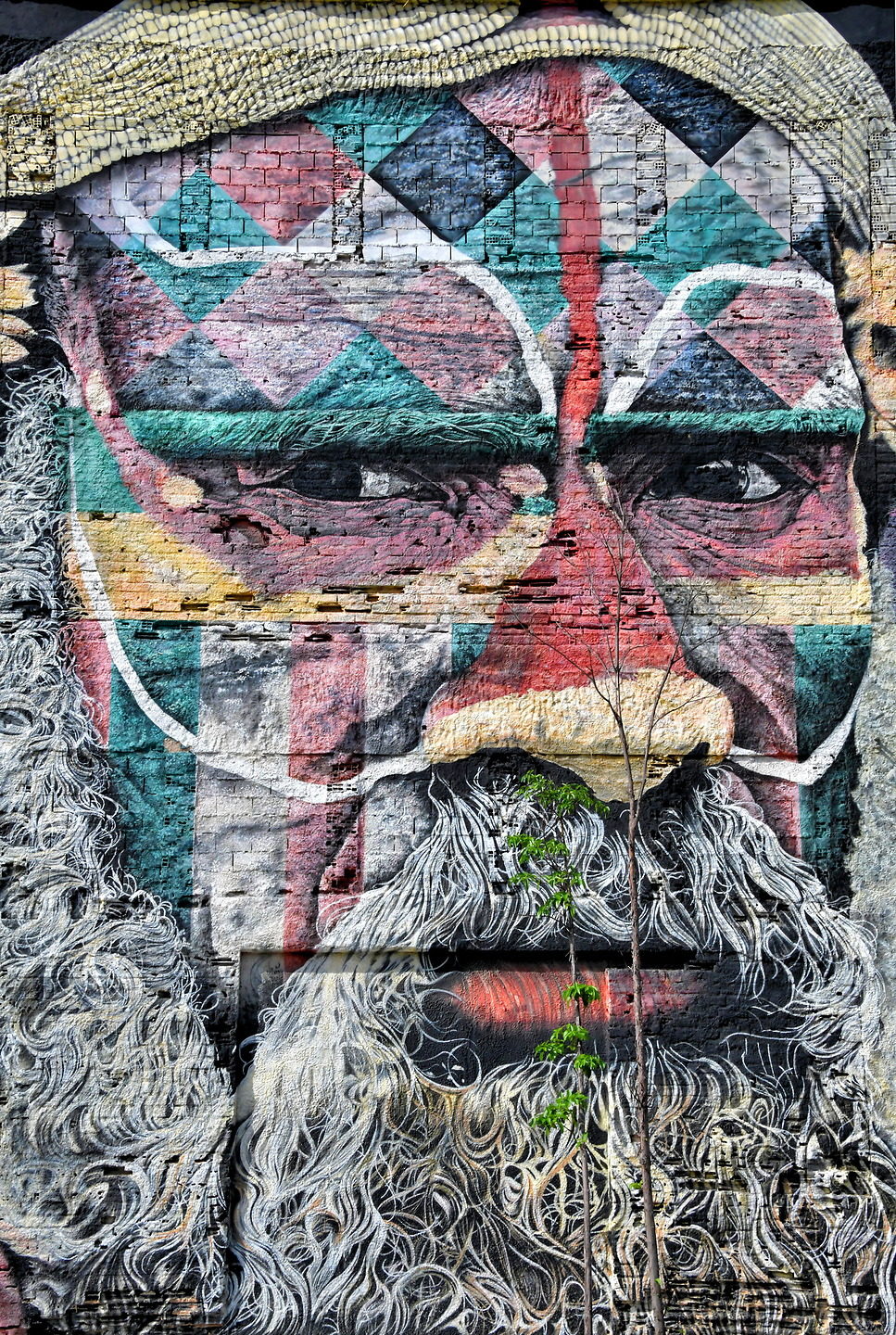 The five faces on the Eduardo Kobra mural at Píer Mauá are captivating. The eyes are intense. The expressions are etched with realism. Their costumes represent their native culture. This bearded man is a Huli Wigman, a clan from the central mountains of Papua New Guinea. He wears a traditional headdress fashioned from human hair and feathers. The yellow is a sacred clay worn by warriors and during ceremonies.