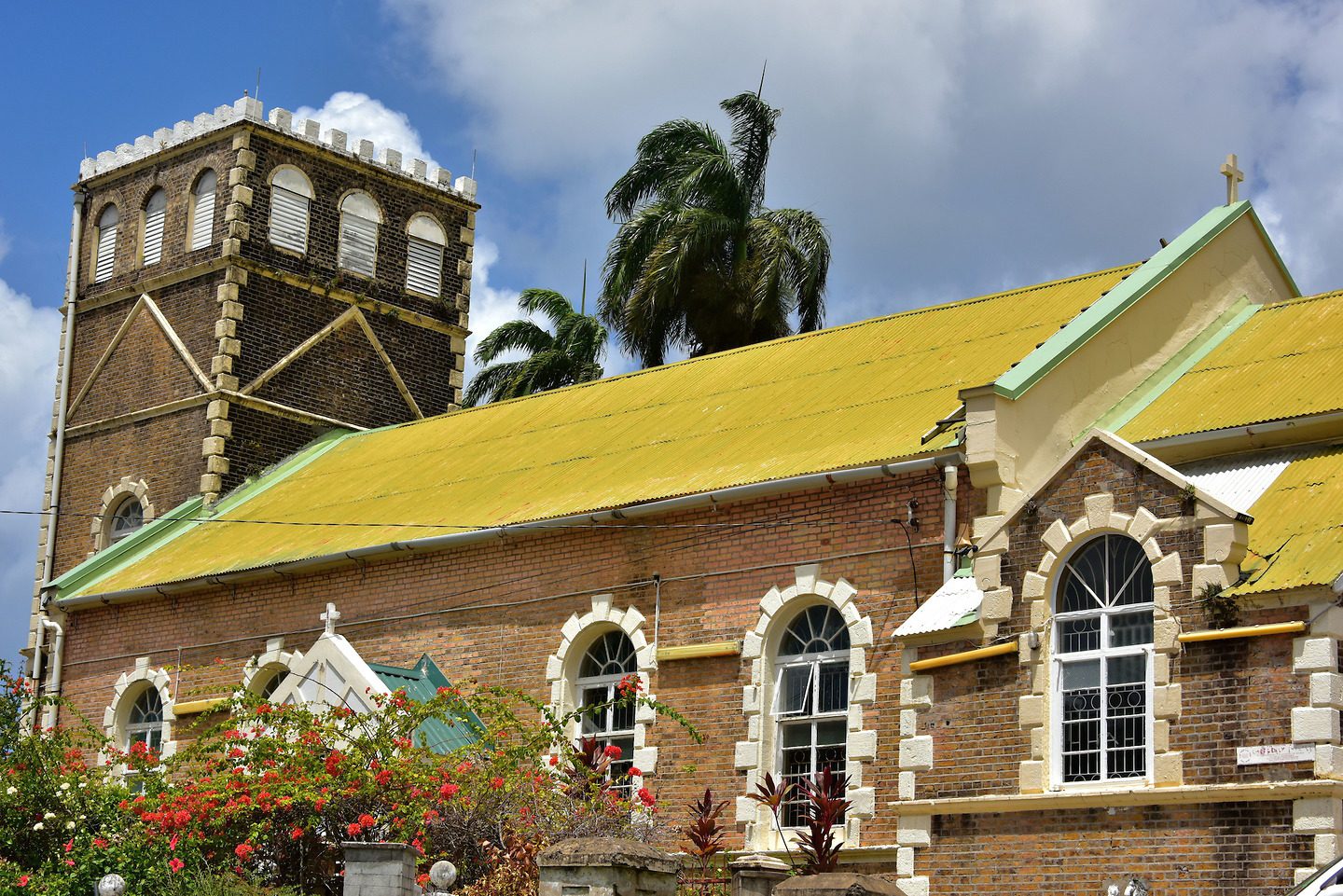 Anglicanism is a Christian religion that began as part of the Church of England. The faith was introduced to Saint Lucia when the British took control during the 18th century. Religious freedom was granted to the island in 1783. The cornerstone for this beautiful Holy Trinity Anglican Church was laid in 1894. Less than 2% of Saint Lucians practice the Anglican faith.