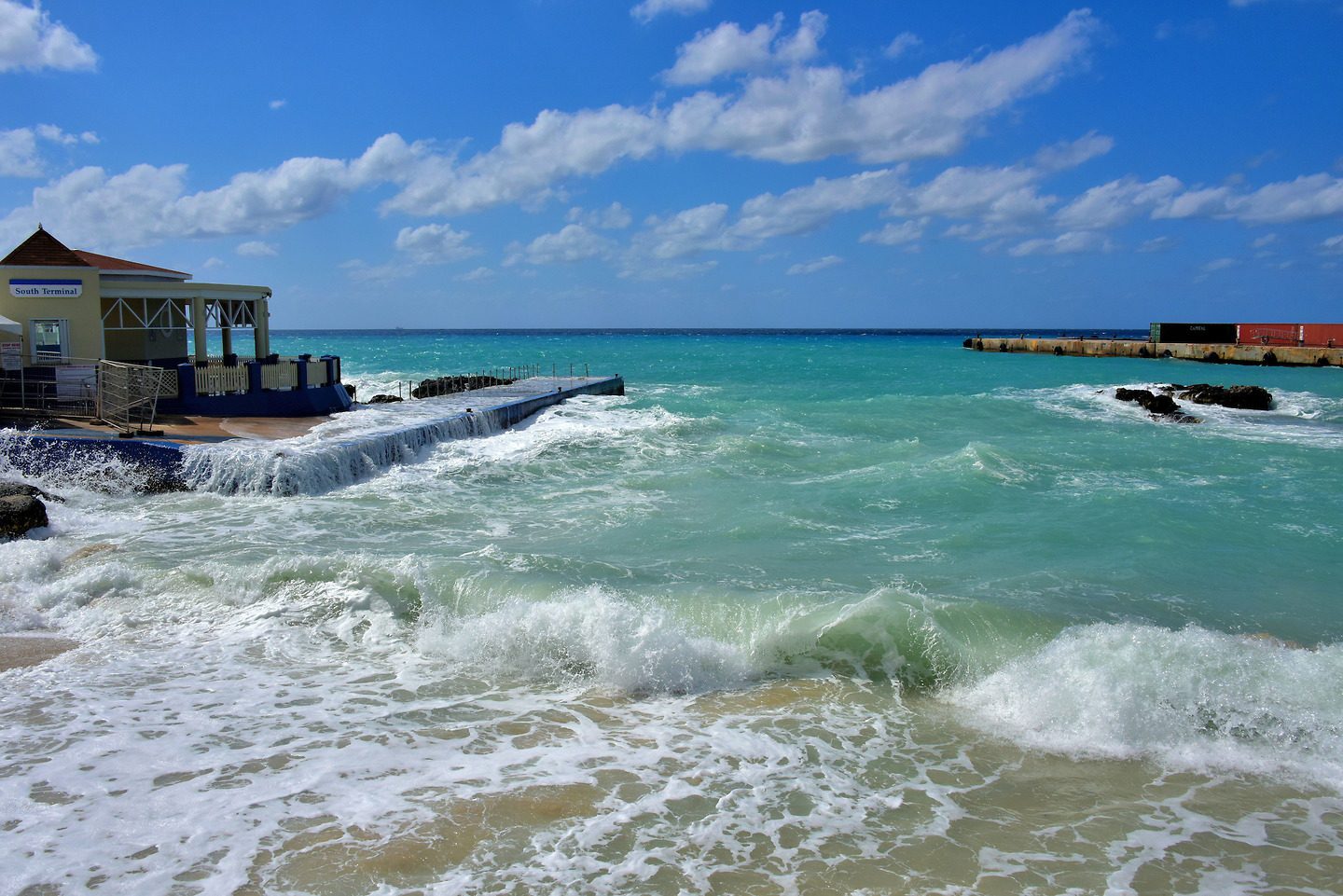 When Sir Frances Drake landed on the island in 1586, he was delighted to discover an abundance of turtles. During the 17th and 18th centuries, the island gained a reputation among ships as an excellent port to replenish supplies including meat. As the turtle population dwindled, the locals satisfied the growing demand by selling hogs. This led to the town’s nickname of the Hogsties and the waterfront became – and still is – the Hog Sty Bay. On the left is the South Terminal and on the right is a portion of the North Terminal.