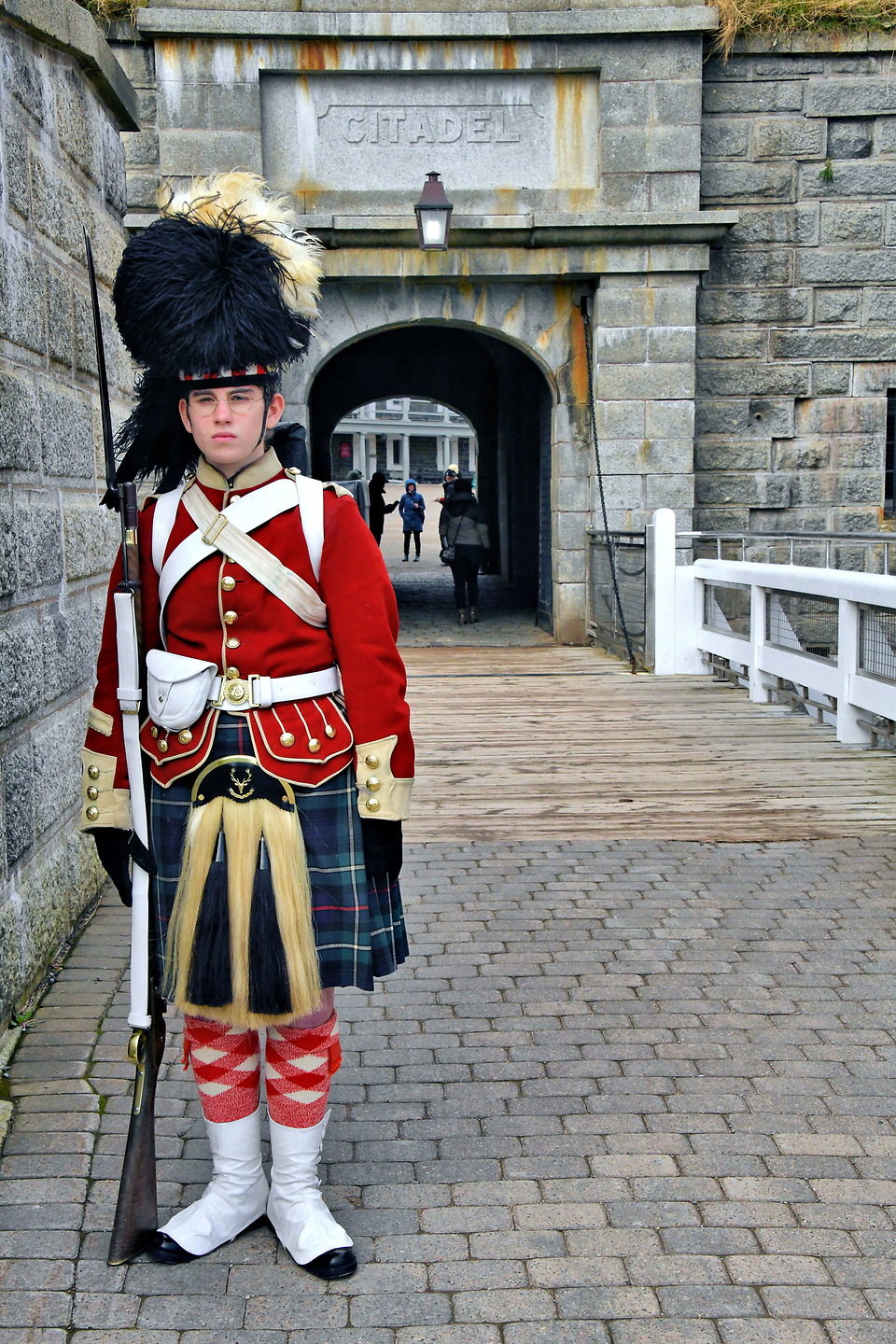 The unquestioned hallmark of the city is the Halifax Citadel. The first fort was commissioned in 1749 by British officer Edward Cornwallis. He was the founder of Halifax while the Governor of Nova Scotia. A replacement was constructed in 1776 in response to the American Revolutionary War. It lasted until the end of the century when a third citadel was finished in 1800. The present-day Halifax Citadel took 28 years to construct (from 1828 until 1856). The star-shaped fort remained in service through the end of World War II. This soldier at the entrance is dressed as a member of the 78th Highland Regiment. They served here from 1869 to 1871. There is a changing of the sentry every hour.