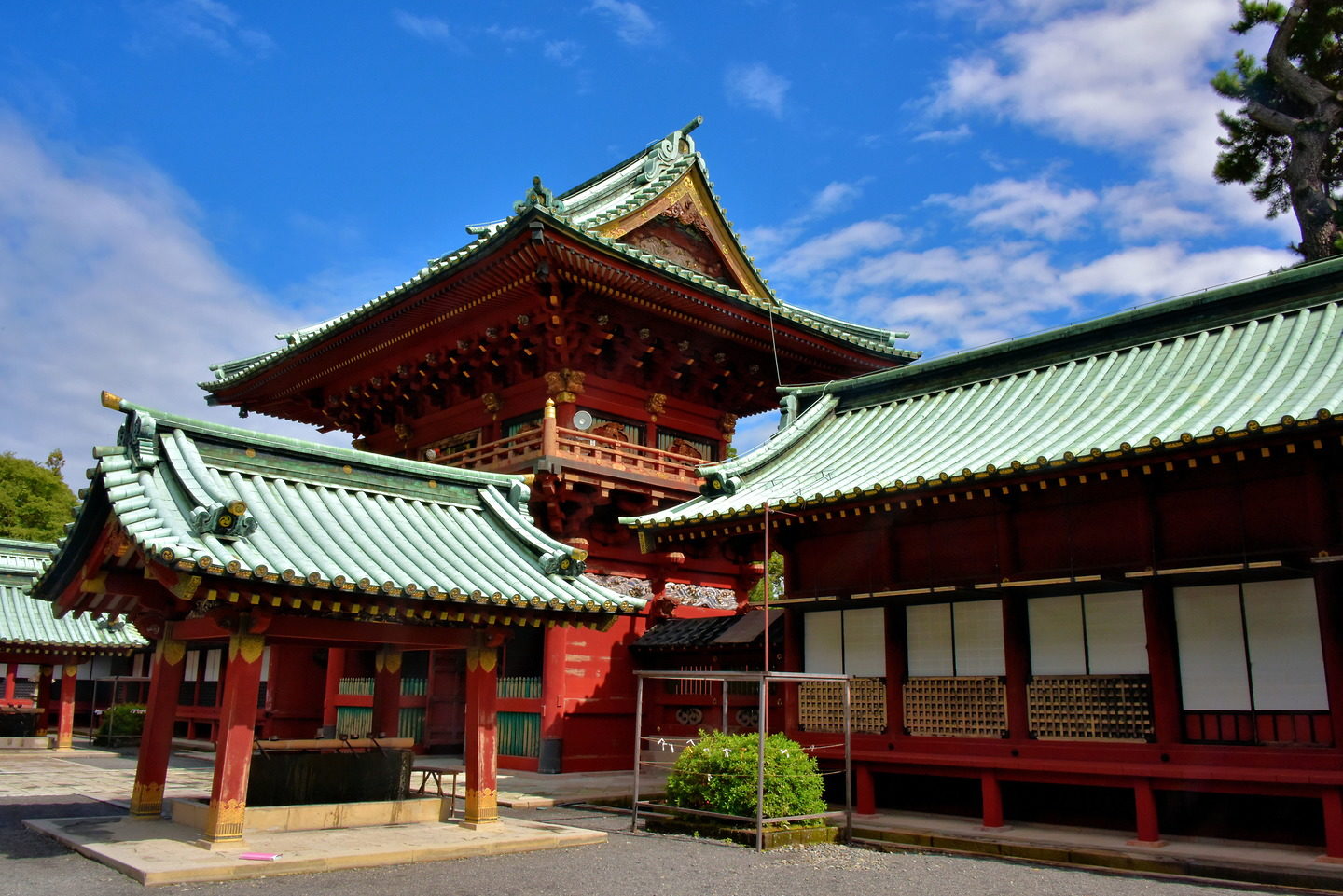 Shizuoka Sengen Jinja is a complex of 26 Important Cultural Properties. Three Shinto shrines co-exist on about 11 acres: Kanbe Jinja, Asama Jinja and Otoshimioya Jinja. Their origin ranges from 1,100 to over 2,000 years old. Tokugawa Ieyasu, who founded Japan’s Tokugawa period (1603 – 1868), celebrated his coming of age here as a teenager. In 1582, when Ieyasu had become a master warlord, he burned the shrines down as part of a battle strategy but vowed to rebuild if he was victorious. In 1586, he kept his promise and sponsored a major reconstruction. They were restored again during the 19th century and then extensively renovated in 2013.